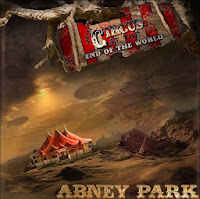 Five items enjoyed this past month...

1. I pre-ordered Pastrix by Nadia Bolz-Weber, pastor of House for All Sinners and Saints in Denver, which is affiliated with the Evangelical Lutheran Church of America. I've long been an admirer of Nadia for her irreverence and her insightful commentary on church, culture, and theology. To say that I was greatly anticipating this book's release date so that I could get my copy was probably an understatement, and I read the whole thing in two days. Nadia interweaves some of her personal story into her experiences of being a pastor of such a unique congregation, all with the humor and...ahem...vocabulary that anyone familiar with her would expect. This book is personal, insightful, at times convicting, at other times inspiring. This was definitely worth the wait.

2. I really enjoyed the second season of The Newsroom, which centered on the news crew pursuing a story about the U.S. military using chemical weapons during a conflict that turns out to be false after they report it. The events leading up to the report, as well as the fallout, are told in a series of flashbacks interspersed with present time dealings with network lawyers and executives to try to fix the mess, culminating on election night last year where things just seem to get worse and worse for everyone. This show is very polarizing for a variety of reasons, but I really liked the way this season unfolded, and I found myself much more engrossed in this than the first. The final episode may have been a little too "neat little bow" for my liking, but as a season it was good.

4. Steampunk band Abney Park released a new album this month called The Circus at the End of the World. The ragtime element of the band's sound is a little more pronounced on many of the songs on this one, giving it a good circus vibe. There are variations, of course. "Not Silent" is a little darker, and is more about current issues of intolerance than the usual steampunk stories. On the other hand, "Buy the Captain Rum" is a silly shanty that incorporates "Drunken Sailor." So as usual, the band shows its versatility and plays up its characters very well.

5. Gov't Mule also released a new album this month, simply titled Shout! If you've ever heard a Mule album before, this isn't all that different: Haynes' awesome wailing guitar, gravelly voice singing about the state of the world or more personal woes, while Matt Abts brings it on drums. The Mule is one of those bands where I'll listen to and probably enjoy whatever they put out, in part because I know what to expect from them. It's not that they're boring or predictable: more like dependable the way they handle their blues-rock business.
By Jeff Nelson
Email ThisBlogThis!Share to TwitterShare to FacebookShare to Pinterest
Labels: Pop Culture Roundup
Newer Post Older Post Home