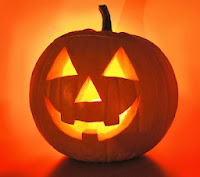 A lot of people ask me, “Jeff…should Christians celebrate Halloween?”

Okay, nobody asks me that.

Still, Christians in our larger society do ask that and people provide a lot of different answers. Many shy away from it or denounce it, declaring it a pagan holiday or by citing the day’s emphasis on the scary, the gruesome, and the deadly, things that just shouldn’t be glorified in any way by Christians.

In order for us to make a good decision about this, we should first do a little history homework. First, Halloween does have some roots in paganism. It originated as a Celtic festival in Ireland called Samhain, meaning “End of the Summer.” The Celts observed that November 1st was the beginning of the dark half of the year, which to them also symbolized death. So on October 31st they believed that the lines between our physical world and the spiritual world blurred as that transition between seasons happened. The exact customs observed in each Celtic region varied, but they generally involved the lighting of bonfires and setting up boundaries to keep evil spirits from crossing over into our world.

Eventually, the church borrowed some of the themes associated with this festival. In 609, Pope Boniface IV consecrated a day to honor Mary and the Christian martyrs. A few centuries later, Pope Gregory III moved this celebration from the middle of May to November 1st, which to this day in the church is known as All Saints’ Day. October 31st, then, became All Hallow’s Eve, or Halloween, the day before All Saints’. And so, whether Christian or not, October 31st has been associated with spirits and the dead for quite some time.

Of course, Halloween as we know it in America has more of an emphasis on scary movies, candy, trips to haunted houses, costumes, and so on. The religious background hardly ever gets mentioned, except perhaps by pastors trying to make a point in blog posts. Nevertheless, the day does have religious origin, some of it Christian.

So where does that leave us and the question of whether Christians should celebrate it?

I am reminded of Paul’s answer to the Corinthians when they declare that “all things are permissible.” Paul responds, “But not all things are beneficial.” I personally see nothing wrong in a neighborhood trick-or-treat or dressing up or even the rush you might get from a good spook. I make no secret of my love for The Walking Dead and other scary TV shows or movies, partially for that rush but also for what commentary they may offer--consciously or no--about the human condition.

So people see Halloween as a great time to be together in creative ways, and that can be beneficial.

Can it ever become something else? Sure it can. More serious pranks meant to injure or destroy aren’t beneficial. Glorifying or rejoicing in death is hardly ever beneficial. When taken to extremes, Halloween can and does feature what many Christians cite as reasons not to celebrate it.

But all in all, I don’t think that Christians need to dismiss Halloween out of hand. It can really be a lot of fun and it even retains a little-known place in our Christian tradition. But not all things are beneficial. Where the line gets drawn is up to the individual. But dismissing it whole cloth is, to me, an extreme position.
By Jeff Nelson
Email ThisBlogThis!Share to TwitterShare to FacebookShare to Pinterest
Labels: Bible, Church, Theology
Newer Post Older Post Home