Welp. On Saturday, a football game was played in Ann Arbor. Given how each team's season had gone, many including myself thought it'd be a blowout that wouldn't even be worth watching. I myself resolved to put up Christmas decorations rather than sit through it and be miserable. Then instead of actually just lying down, Michigan nearly won if not for an intercepted 2-point conversion attempt in the last minute. So here's Brian of MGoBlog trying to describe how to feel in the aftermath:


How are you supposed to feel after coming up one play short against an undefeated Ohio State team that was favored by three scores? How about when that makes you two of the last 13 against the Great Satan? How are you supposed to feel after watching whatever that was on offense since the Notre Dame game* turn in the second-most yards Ohio State has ceded in 123 years? After watching the mostly valiant defense turn into the Indiana outfit that necessitated the footnote in the previous sentence?

Football's ridiculous. There's that. We can all agree on that after the football gods cooked up the worst possible torture imaginable for Harvey Updyke, who is 100% at fault for the way the Iron Bowl ended. That is the only thing that actually makes sense about football, a 109-yard field goal return to beat the #1 team in the country. Football is ridiculous.

Football is indeed ridiculous. I myself came away feeling oddly calm and even optimistic about the future, provided that Michigan's offensive coordinator can get his act together and do what they did on Saturday much, MUCH more often. 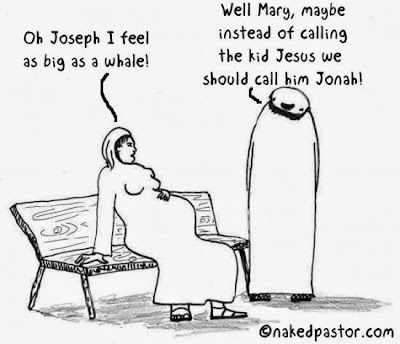 Sadly, I might know the typical answer. Jan at A Church for Starving Artists poses the question, "If you had to choose between your pastor or your building, which would you choose?"


This is a real question for several churches I know and love.  With a building, weget a place to gather and it’s often a placed drenched with community or personal history.  With a pastor, we get someone to cast a vision and equip the other leaders to do ministry.

Some churches are identified by their pastors (i.e. “I’m part of Lillian Daniel’s church.”)

Some churches are identified by their buildings (i.e. “The stone church with the beautiful windows on the corner.”)

What if we could only afford one?

It's a worthwhile question to ask, especially in an age where congregations really are finding themselves needing to make that choice more and more. My own experience is that such a decision comes down in favor of the building more often than not, because it's such a great resource, or because we have so much left on the mortgage, or because so-and-so helped build it years and years and years (and years) ago. So the pastoral position gets scaled back to part-time, benefits get slashed, and so on.

Churches who choose this way aren't necessarily wrong, so long as the congregation realizes that it entails 1) getting what you pay for from your now part-time pastor, who likely will need to seek a second job of some kind in order to, you know, live, and 2) other members needing to take on a greater amount of shared ministry tasks to make up the difference. Not all churches who make this choice realize this.