The UCC's Lawsuit in North Carolina 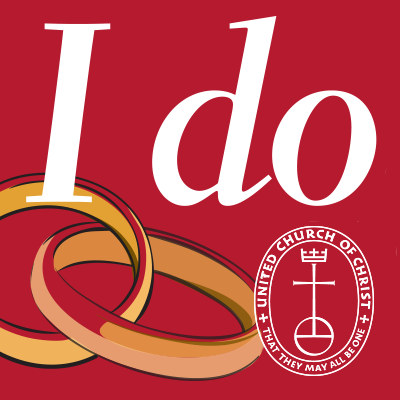 On Monday, my denomination, the United Church of Christ, filed a lawsuit challenging North Carolina's ban on same-sex marriage:


A group of Charlotte-area ministers have helped launch the country’s first faith-based challenge to same-sex marriage, claiming in a lawsuit filed Monday that North Carolina’s laws block them from practicing their religion.

The local religious leaders, who include a rabbi, are joined by colleagues from Asheville and Raleigh along with a national denomination, the United Church of Christ. All of them support the rights of same-sex couples to marry.

They say state prohibitions, including a constitutional amendment passed by voters in 2012, violate their First Amendment right of freedom of religion.

“The core protection of the First Amendment is that government may not regulate religious beliefs or take sides in religious controversies,” says Jonathan Martel, a Washington, D.C., attorney helping with the case.

“Marriage performed by clergy is a spiritual exercise and expression of faith essential to the values and continuity of the religion that government may regulate only where it has a compelling interest.”

This is the first challenge to a state marriage ban based on religious liberty. Part of the law in North Carolina makes it a misdemeanor for clergy to perform a wedding ceremony for same-sex couples. If one would do so, he or she would face 45 days in jail and a fine of $200. The argument from the UCC is that it is a violation of the First Amendment for the NC state government to decree what can or can't happen within a house of worship if a pastor or church believes that it is in line with their tenets of faith that same-sex marriage is to be celebrated and blessed.

I've tried to find whether the lawsuit is specifically challenging the part of the law that makes performing such a ceremony a crime, but the language in the article quote above and others I've read suggests that the entire ban is being challenged with this piece as the entry point.

As Mark Joseph Stern at Slate points out, this particular argument of religious liberty might not gain traction with the usual groups that champion it in cases such as wanting an exemption from parts of the Affordable Care Act or wanting to refuse the business of same-sex couples. The simple reason for that is that it doesn't fit the overall narrative or worldview of such groups. But this is still a restriction on religious liberty. Imagine states limiting religious ritual in other ways, declaring limits on things like baptism, communion, funerals, or membership. Imagine declarations being made on worship times, what clergy can and can't preach about, or which Biblical texts one may use (those Gospels can be pretty subversive at times, after all).

It's worth noting that this is phrased positively rather than negatively. The plaintiffs in this case want to affirm and celebrate the love between two people rather than seek an exemption or the right to refuse. Isn't it somewhat strange that clergy and churches have to fight for their right for such affirmation and inclusion? Why shouldn't such affirmation be protected, as much as if not moreso than the right to object and exclude?

Nobody was forcing religious people to perform such weddings before this ban, and nobody will if it is overturned either. But some are currently being threatened with punishment if they do. It is one's liberty to not participate in these ceremonies, but it is currently expressed and codified by limiting the liberty of those who desire such participation.

I and many others will certainly be watching with interest as this case unfolds over the next few months.