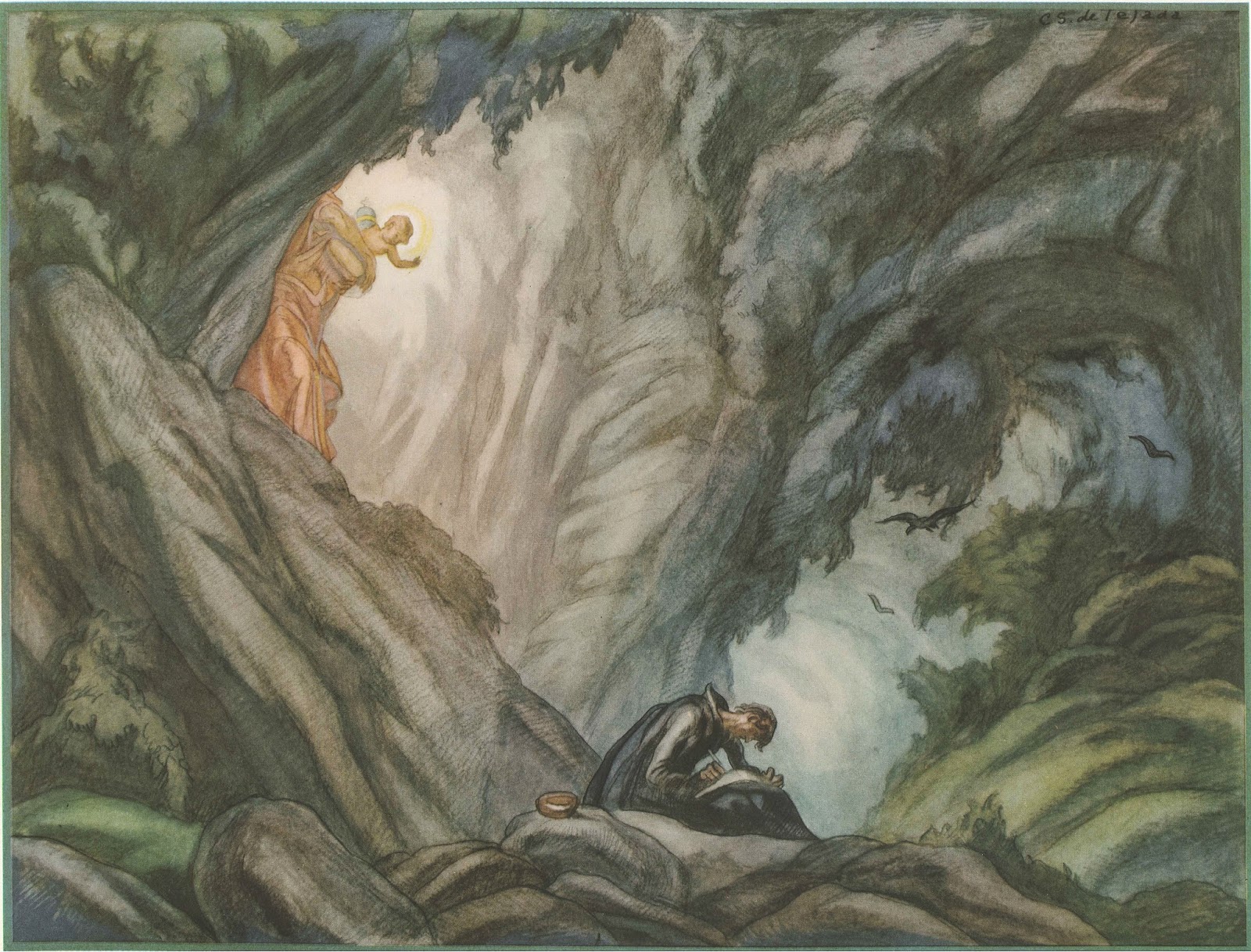 A single sheet awaited each of us, as had been the custom for the past two years. Rembrandt's "Woman of Samaria," printed in color, served as our greeter with the story from John 4 underneath.

"I'm going to read through this twice. After the first time, we will each say a phrase that speaks to us. After the second, I will guide you through a meditation." It was as she said: the reading was slow, deliberate, quietly spoken as if to invite us to savor each word.

The first reading concluded, she announced a change of course: "I've decided not to read it again. We'll just move on to the meditation." And with that, we were invited to a time of imagining a conversation with Jesus, a practice that might have been foreign to my earlier self but that now had become natural and even needed. We were invited to listen to what he'd say, and to answer back.

I clearly heard, "Feed my sheep."

Feeding the sheep itself was never a problem. Mission and service have always been near the top of my ministry priority list. I've always made time for people seeking a listening ear in troubled moments. When the resources were available and I could make it work, I never had much of an issue sharing them with those in need.

I know better now. Or I think I do. So to hear those words again, at this point, invited the only word that came to mind. How best to feed your sheep, Jesus? How best as a pastor or as your follower, let alone in this new additional role?

A week prior, I had finished Barbara Brown Taylor's Learning to Walk in the Dark, a revisitation of the language and concept of darkness that people of faith traditionally hold. She shares an experience of  being guided on a cave exploration, an exercise that due to the darkness, the tight spaces, the unknown, was not very appealing for many, as facing one's spiritual darkness would be. Near the end of her account, she reflects, "Maybe that's the difference between pastoral counselors and spiritual directors. We go to counselors when we want help getting out of caves. We go to directors when we are ready to be led farther in."

If I have learned anything over the course of this program, it's that I don't need to lead everyone out of their caves. It used to be my default setting to find for others the easiest, least demanding way possible back into the light. But that rush isn't always what people need. Sometimes people need help naming the nature of the darkness. At other times one needs a companion to walk or even just sit with them for a while. At still other times, the darkness brings lessons and insights that wouldn't be revealed otherwise.

Sometimes going further into the cave is what's best. Sometimes the best way to feed the sheep is to walk together to find what will provide real sustenance rather than just eat whatever's handy.

"Feed my sheep." I still don't really know how, but so close to the end of this leg of the journey, I at least have a better idea.
By Jeff Nelson
Email ThisBlogThis!Share to TwitterShare to FacebookShare to Pinterest
Labels: My Journey (so far), Spiritual Direction, Spirituality
Newer Post Older Post Home