What Is Spiritual Direction? 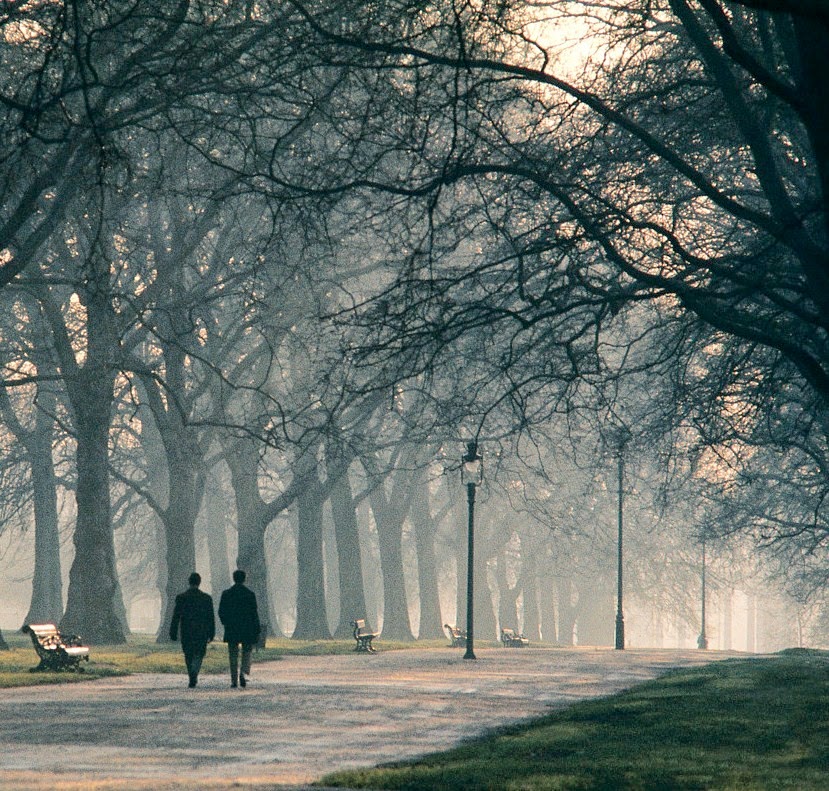 As most regular readers should know by now, I am about to be certified as a spiritual director through the Ignatian Spirituality Institute at John Carroll University. For the past three years, I have journeyed through the Spiritual Exercises of Ignatius of Loyola and then have learned about the dynamics and guiding of others through those same Exercises, as well as other issues related to spiritual direction such as listening, boundaries, ethics, and power dynamics. I have undertaken a 50-hour practicum (which actually amounted to over 80 hours), written verbatims, met with a supervisor, and am now in the process of filling out final evaluations and preparing for the certification ceremony near the end of August.

Nevertheless, throughout this program and these many experiences, I've been constantly trying to figure out how to explain what spiritual direction is to others. When I tell people I'm a pastor, for better or worse they can visualize something about what that means. But when I tell people about becoming a spiritual director, I'd say there's at least an 80% chance that I'll get a quizzical look in response. It's simply not as known of a role to the average person, even if that person professes a faith of some kind.

So here is my latest attempt to explain what spiritual direction is and what a spiritual director does. I figure that by my certification ceremony I should have this figured out.

Let's break down the words.

First, what do we mean by "spiritual?" This word has taken on new and diverse meanings in recent years in part due to the rise of a category known as "spiritual but not religious." I won't purport to break down what people mean when they call themselves that (I'm honestly not always sure that the person saying it knows). Nevertheless, being spiritual has become a popular identifier when naming one's affiliation. So spirituality seems to be a desirable thing. But still, what is it?

Spirituality involves two things in direct relationship to each other: the transcendent and the self. How do you experience, sense, communicate with God, or the divine, or the universe? How are you affected by it, or Him, or Her, or Them? Whatever your concept of the transcendent, how do you directly relate to it? How do you nurture that relationship? What does it cultivate in you? What practices or texts help you?

Notice how personal the above questions are. Spirituality does not deal primarily in the abstract or the theoretical. It begins with one's own experience and sense of how God relates to them and how they relate to God. Some don't like spirituality or spiritual practices for this reason, actually, because it seems too subjective. But that's a topic for another day. It remains that when we talk about spirituality, we talk about the individual's sense of how he or she is directly relating to or experiencing God.

So then, what do we mean by "direction?" Direction can actually be a misnomer, because it may imply a very hands-on management of another's experience. One may think of someone directing a play, where he or she tells the actors where to stand, where to move, how to inflect lines, and so on. If that sort of concept was applied to spiritual direction, it would be the director basically micromanaging the directee's spiritual life, which is not at all what it's about. Quite the opposite, really. Some alternatives such as "companion" or "guide" have been offered, which I think are helpful. But since "director" is more or less the official term, what is it meant to convey?

When one offers direction for another, it is mostly in the sense that one listens to the other's experience and notices what is most helpful and life-giving for them, and gives feedback accordingly. For instance, I met with a person during my practicum who expressed some difficulty using the sheets of scripture passages I gave her because there were so many questions included with each one; she felt like she had to check the answers off a list. So I suggested that she ignore the questions and just focus on the passages themselves, which ended up being much more fruitful. Another had difficulty connecting with the scripture passages, but expressed a great deal of spiritual edification through more active practices such as taking walks and creating colorful word art, so I noted back to her how meaningful activity seemed to be for her, and suggested that she maybe try thinking about the passages during these other practices.

Directors do a lot of suggesting. Maybe we should be called spiritual suggesters instead. The point is that direction is about helping the other person name for themselves what is most helpful and meaningful in relating to God, as well as what is happening in that relationship. But, as Ignatius wrote, ultimately we are to "let the creature deal with the Creator, and the Creator with the creature." We are indeed guides, companions, suggesters, listeners, namers. We are assistants to another's journey, and are entrusted to allow that journey to be their own.

So, where does that leave us? Spiritual direction is helping another nurture his or her relationship with God. We make suggestions regarding prayer practices, we listen to and help name another's experience, and we celebrate, honor, and respect how the person and God are relating to each other.

When I lay it all out like this, describing spiritual direction doesn't seem so hard after all.
By Jeff Nelson
Email ThisBlogThis!Share to TwitterShare to FacebookShare to Pinterest
Labels: Spiritual Direction, Spirituality
Newer Post Older Post Home