What The Ocean Taught Me 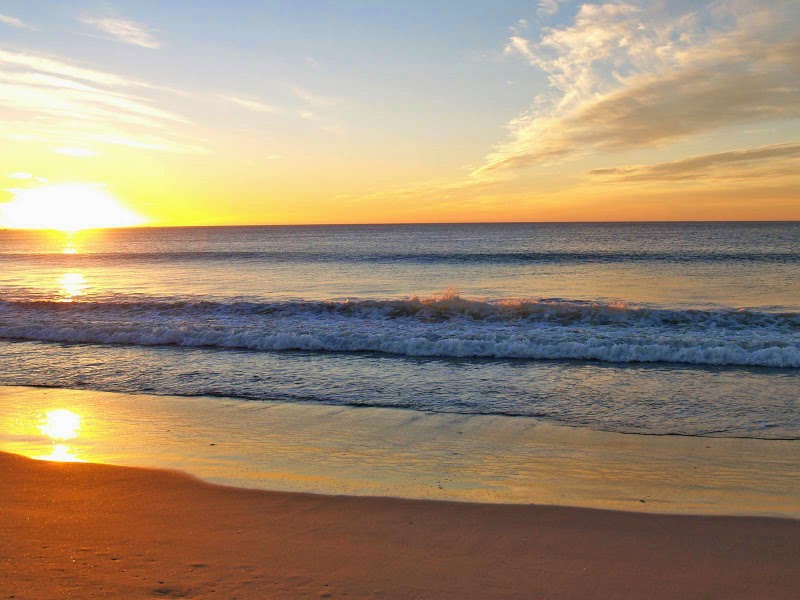 I didn't grow up near the ocean, but I've grown up knowing it.

My introduction came during the many childhood summers spent in Long Beach Island, New Jersey with my entire paternal side of the family. We rented a beach house usually not more than a modest block away from the Atlantic Ocean.

The Atlantic, so it goes, is a rough-and-tumble ocean. Its waters tend to be gray and its waves a bit more choppy than its Pacific cousin, which is known for its easygoing clear blue. But this was my ocean, the one that showed me sand shrimp scurrying into the muck under the receding surf; the one that taught me when to jump and when simply to float and bob, and what happens when it gets into your sinuses and what tides are more favorable for play and which are harder to navigate due to how high the water got and how small I was.

It was next to and within this ocean that my cousin, my brother, and I endlessly played. We'd dig and pile, we'd splash and laugh. We'd pretend to be sea monsters and aliens. There was something about the ocean that tapped into our imaginations; that gave us permission to think as far as we could see along the horizon and beyond. It was here that we expanded our understanding of what play could be, and what friendship was.

Then there were the mornings when the water was as calm as could be imagined; when the waves would lazily lap against your thighs and you could wade further out before much of your body was submerged; where you could just float along without much worry. It was these moments when the ocean seemed to say, "Come. Come and let your burdens sink like stones. Come and let me carry you for a while, because you've been trying to carry yourself long enough." It was during these times that I learned to lean back, to accept an invitation to accept the care of another, to rest.

There were other lessons, too.

One fateful evening, when the waters were higher and my cousin and I were out for a swim, we suddenly found ourselves crashing against something underneath us. It was hard and scraped our skin, leaving its salty red mark on our backs and legs. The tide had risen to cover up the rock formations that jutted out from the shore every few hundred yards, and we’d stumbled upon their hiding place in the tall waves.

As much has the ocean had taught me about joy and life and relationships, that night the ocean taught me fear; that I didn’t know everything about it. That it was worthy of respect and proper attention.

In more recent years, my family has traveled to Ormond Beach, Florida. Even though it is a thousand miles south of those early lessons, it is still my Atlantic, although it would defy my statement of ownership.

It is here that my children learn their own lessons from the sprawling, crashing gray. It is here that they see shrimp retreating in the surf and toward which they step a little more confidently every year. They, too, are splashed and occasionally tossed back unwittingly by a wave that they didn’t see. They, too, will love one another and build other friendships next to it. They, too, will find enjoyment and relief and healing and fear; will learn their limitations and smallness while navigating as best they can in something they don’t know everything about.

They’ll grow up knowing the ocean, too. They’ll know it differently than I have. But the same lessons will be there hidden among the waters, waiting to be discovered.