Small Sips Is Standing On A Desk 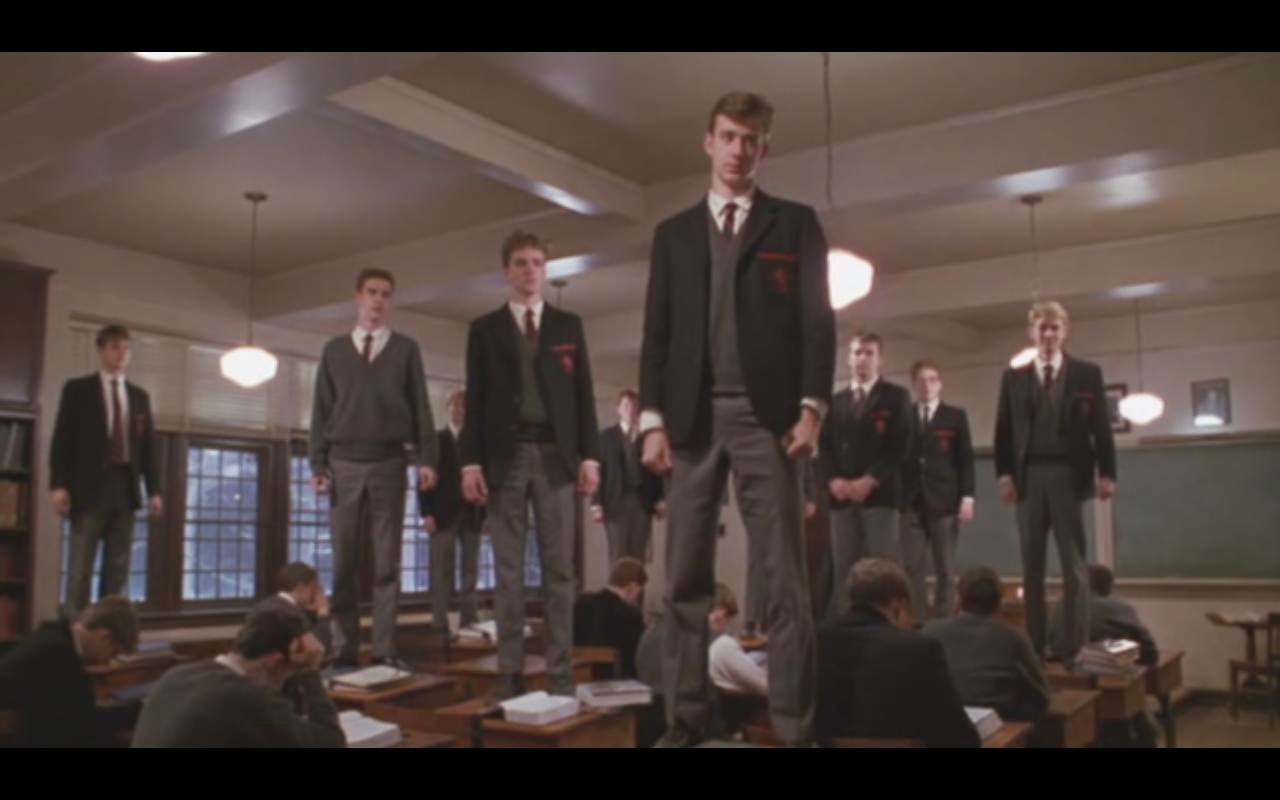 You can't come until you're ready, which will be never. Tim Wright wrote a thought-provoking piece the other day about the implications of Sunday School for congregational life:

But perhaps one of the reasons has to do with the Sunday School shift…as we shifted kids out of the main worship experience, en-culturated them in their own program, and robbed them of any touch points with the rest of the body of Christ.  Another way of saying it: by segregating our kids out of worship, we never assimilated them into the life of the congregation.  They had no touch points.  They had no experience. They had no connection with the main worship service—its liturgy, its music, its space, its environment, and its adults.  It was a foreign place to them.  And so…once they finished with the kids/or youth program, they left the church.

There are many pragmatic reasons why (usually older) people like having some sort of youth or children's program concurrent with worship: it removes the "distracting" behavior of kids who haven't yet been en-culturated into the dos and don'ts of the service. But the part of that that people hardly ever think about is that when they don't feel like a part of it when they're younger, there's a good chance they won't when they're older, either.

It's a vicious cycle. Tell younger people they can't be active in worship because they don't yet know how (according to the unwritten code of the one stating this), they don't ever learn how, they skip out on it later. Sure, there's growing pains with involving people newer to the worship experience, but making room for them to learn and be included is an aspect of bearing one another's burdens. I read that phrase somewhere, I think.

From the "it sounds great until you actually think about it" file. Charles Redfern pokes a hole in the balloon that is the romantic notion of bi-vocational ministry:


I did a bi-vocational stint in the late 1990's and it sucked the life out of me. First, I was sent to a disintegrating church demanding full-time attention. Second, my secular job was in corporate sales, which inhaled stress like an addict in an opium den. But the denomination I served (back then) was in a church-planting kick and pressured its pastors into the workplace: "Be part of your real-world community where there are real-world people and real-world issues." The consequence: I was Uncle Daddy to my son (who has grown up and forgiven me, bless him); I was a sleep-deprived, snappy pastor; and I did not meet my sales quotas. As for the community: I drove to a distant city by day and huddled in my home office by night, with no time for shaking hands at town meetings or mingling at soccer games. I barely glanced at the newspaper before bed time -- and forget about keeping tabs on the latest theological trends and insights. I was working like a manic shrew.

At one point I told myself that I could probably handle bi-vocational ministry. This was before I had kids and before I'd really come to grips with much of what the typical pastor is responsible for, and this was when I was at a smaller congregation.

Honestly, I can't speak to the experiences of bi-vocational pastors because I haven't yet had to experience that (I hope I never do, but in this cultural climate, who knows). I do know that my bi-vocational colleagues aren't always traveling an easy or stress-free road by any means, and some of them experience quite a bit of uncertainty around finances and time commitments. It's certainly interesting, adventurous work, but I don't think I'd characterize it as glamorous by any means.

Wait…you mean there's more to it than that? SOULa Scriptura shares thoughts on congregational expectations that the pastor "grow the church:"


We get it — for whatever reason your church is clearly not happy with its size. Maybe numbers have dwindled in recent years (as is the case with most churches). But instead of doing the hard work of looking inwardly and outwardly for why this may be happening and maybe even accepting this trend may be around to stay for a while, you are looking for a person in whom to put an inordinate amount of hope and to ultimately blame when their presence doesn’t miraculously usher in a new era for your congregation.

This expectation puts the onus of church growth solely on the pastor. To be clear, it is God and God alone who gives the increase, but that increase comes at the heels of some intentional planting, watering, and tending on the part of the entire community of faith. A church can have the most gifted pastor in the world, but all those gifts cannot take the place of the congregation. Liturgy literally means “the work of the people.” In other words, the people must work! It’s simply unfair to expect a pastor to initiate and complete a work that could have at least already been started by the congregation.  A relationship between a pastor and a congregation is one of mutual ministry. Particularly in my tradition, we areall ministers. Pastors/Teaching Elders may be called to a particular service, but the work of ministry belongs to us all. No congregation should forget that, and no congregation need put its life on hold waiting for Superman — or Wonder Woman.

To the surprise of hopefully almost nobody, it turns out that churches expecting to grow need to do more than hire a pastor with a magic wand, since the dirty little secret is that pastors don't have magic wands. I kept looking for someone to give me one when I was ordained, but nobody ever did. So instead, there are personal invitations and relationships to be made and outreach activities to be coordinated and intentionality to be cultivated. The whole "if you hire him/her, they will come" mindset doesn't work. Weird, huh? 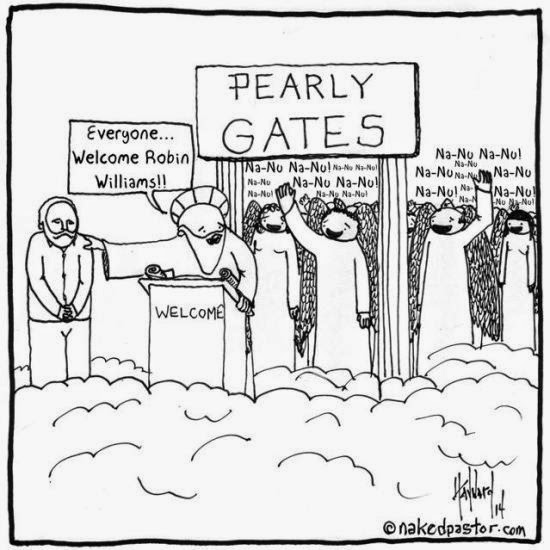 I was very sad to hear that news. Williams was an incredible talent whose work I've always greatly enjoyed and appreciated, whether comedy or drama. I hope that his death, while tragic, may also inspire others struggling with similar issues to seek the help that they need.

Misc. Jan reacts to Williams' death by reflecting on suicidal thoughts. Reese Roper, frontman of Five Iron Frenzy, recently started a blog with the catchy title A High Five Should Boost The Morale Around Here. In his latest, he recounts some of his experiences working as an RN in a burn ward. Trigger warnings abound for that one. Brant Hansen's "if Jesus had a blog" entries are some of my favorites.
By Jeff Nelson
Email ThisBlogThis!Share to TwitterShare to FacebookShare to Pinterest
Labels: Church, Ministry, Small Sips
Newer Post Older Post Home