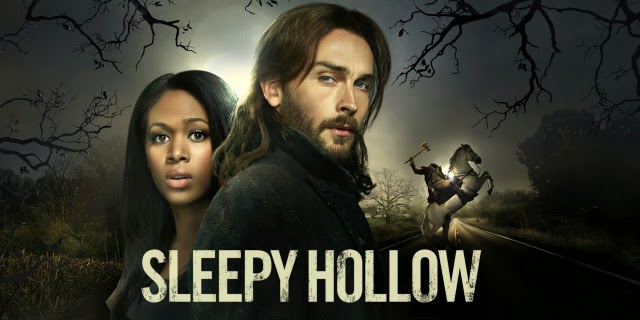 1. The final season of Boardwalk Empire concluded this month. I always wanted this show to be my next Sopranos, but it never quite worked out that way. There have been stretches where the plot has moved slowly, which has allowed for deepening of various characters, and you have to hold to certain rules when people are based on real historical figures. This makes it sound like I didn't enjoy the show, but I did. This last season, a brisk 8 episodes, jumps ahead to the Great Depression where several major characters have either died or stepped back. And since this is a gangster show, we had to have some big characters die along the way as well. But besides all that, we get flashbacks to Nucky's gradual rise through the ranks of the Commodore's Atlantic City operation and the lessons he learned along the way about how to get ahead; the connections he made in order to get there. This was an entertaining series and I'll miss what it provided on fall Sunday evenings.

2. We've been watching Gotham, the new crime series that takes place years before Batman dons his cape. Here we find a young detective Jim Gordon trying to keep a level head while surrounded by crime both inside and outside the police force. We also see young versions of a few would-be villains: Oswald Cobblepot (Penguin), Edward Nigma (Riddler), and Selina Kyle (Catwoman). The very first scene of the show is of 12-year-old Bruce Wayne losing his parents, and Gordon serving as a mentor of sorts along with Alfred. This first season seems to be focusing on Cobblepot's development in particular, with glimpses of Kyle thrown in. In many ways, it's a basic cop show with the added intrigue of knowing who many of the characters end up becoming, but not knowing how.

3. We've also been watching Sleepy Hollow, back for its second season with Ichabod Crane and Abby Mills still trying to stave off the apocalypse while battling lesser supernatural baddies along the way. In particular, Henry Parish--whom at the end of last season Crane simultaneously discovered was his son and the Horseman of War--is getting his hands into everything, including the former police captain Frank Irving. In addition, we get plenty of Crane still trying to adjust to the 21st Century and ranting about how often we get early American history wrong, as well as silly pop theology that pieces together stuff from Ezekiel and Revelation to further the plot. In that sense, it's like Left Behind, except it knows what it is and isn't trying to be more.

4. A few weeks ago, I finished reading Another Country by Mary Pipher. This book has been sitting on my shelf since seminary, but after nearly ten years of ministry it seemed pertinent to read. Pipher explores the issues facing our oldest generation: decreased mobility, increased possibility of illness and other difficulties, etc. But moreso, she explores the mindset that they have as they face the perils of aging. I have to be quick to add, however, that this is not just a book about problems. It is also a book about celebrating memory, being less anxious about the superficial, treasuring family relationships, and sharing wisdom. I didn't experience this as a depressing book, but one about the entire experience facing those newly retired and older. In some ways the book reflects the era in which it was written (the 1990s), but it was still a helpful resource.

5. I recently read Made in the USA by Alisa Jordheim, the review for which you can read here.