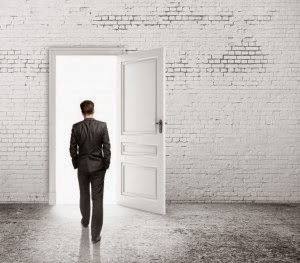 Sigh. Thom Schultz presents us with the latest religious group with which the church needs to be aware, "the dones:"


For the church, this phenomenon sets up a growing danger. The very people on whom a church relies for lay leadership, service and financial support, are going away. And the problem is compounded by the fact that younger people in the next generation, the Millennials, are not lining up to refill the emptying pews.

Why are the Dones done? Packard describes several factors in his upcoming book, Church Refugees (Group). Among the reasons: After sitting through countless sermons and Bible studies, they feel they’ve heard it all. One of Packard’s interviewees said, “I’m tired of being lectured to. I’m just done with having some guy tell me what to do.”

So now, after many books and articles calling for the church to be more creative, here's an article saying all the creative people are leaving. We just can't win, can we?

I've experienced this phenomenon myself, having seen high-energy church leaders, both pastors and laypeople, burn out and move on to other things. The reasons are numerous: ideas stone-walled at every turn, fatigue at being the only one working toward a goal, or simply growing tired with the routine. I admit that I myself have neared this point a couple of times.

So, what does the church do? I have no idea. But it sounds like a lot of what causes "dones" to leave has to do with being entrenched in the same things all the time. "Dones" want to be challenged, and the church often is not a place where one finds or is encouraged to pursue challenges. Perhaps if the church as a whole was more receptive to new things we wouldn't have as many "dones." Same as it ever was, really.

Battling the church bubble. Carol Howard Merritt writes about a pastoral evaluation when she was encouraged to do things outside the church's walls, and how it transformed her ministry:


Too often, members see the pastor as caretakers of the congregation. Particularly when the church gets older, a pastor’s life can be consumed with trips to the hospital, grieving with widows, and sitting by bedsides. These are holy and precious moments. There is no doubt about it. But it can be all-consuming. And the size of the congregation does not matter. Often, the smaller the church, the larger the demand on the pastor’s time.

If we funnel all of our creative energy inward, then we will lose all contact with the outside world. We will begin to see any external endeavor as competing with our true love, the church. The church will be known as a tight-nit family that doesn’t accept adoptions. And then, in time, the congregation will not be known at all.

I've yet to establish "coffeehouse hours" at my not-so-new-anymore pastorate; this article helped remind me why it's important to do stuff like that. But she's talking about even more: service in a soup kitchen, participation in community groups, and generally making it a point to interact with the world.

It's easy to get oneself so caught up in the internal work of the church that it becomes one's entire world. We lose something vital to how we do ministry when we have no larger sense of our community or the reality outside the church's walls.

Sounds like the kind of challenge some of the "dones" would've loved before they left. Or really, they're now doing it better.

Saving Christmas...from Kirk Cameron. David Hayward, aka the Naked Pastor, shares a cartoon and several points about evangelical actor Kirk Cameron's new movie Saving Christmas. To set this up, Cameron had pleaded for supporters to go on the movie review website Rotten Tomatoes and skew the rating for his movie toward the positive, which worked for a little while and then stopped working. Hayward shares several thoughts about what message Cameron's call to action seems to be sending (hint: none of it is good or very Jesus-like):


The message and the medium doesn’t matter. One of the severest criticisms of the film is that it is just badly done. It’s 80 minutes of thrown together filler. Apparently it doesn’t matter how silly or stupid the message is and it doesn’t matter how poor and ugly the medium is. But because it’s our message and medium, promote it anyway. Bad words and bad art aren’t the point. But because they are our words and art we will inflict them on others nevertheless… on Christians to build a kind of border patrol for our ghetto and to unbelievers to either prove them wrong or convert them over.

This is my problem with 95% of all explicitly-labeled Christian "art:" it sucks. Whether movies, music, paintings, or whatever else, the attitude going in seems to be that because it conveys a Christian message of some kind, that somehow excuses it from having to be a quality product. And actually, I'd argue that because its main mission from the get-to is to somehow present an argument in favor of Christianity, it has already hindered itself from being good art. Sure, limited budgets and maybe a more shallow talent pool have an affect, but if you're sacrificing production, story, and content for the ability to present some kind of Four Spiritual Laws/Romans Road in a slightly different fashion, your art is going to suffer even before you begin.

Could the output of Christian artists be another reason why the "dones" decide they're done? I wouldn't blame them.

This has nothing to do with anything. When Googling images to accompany this post, I found this one: 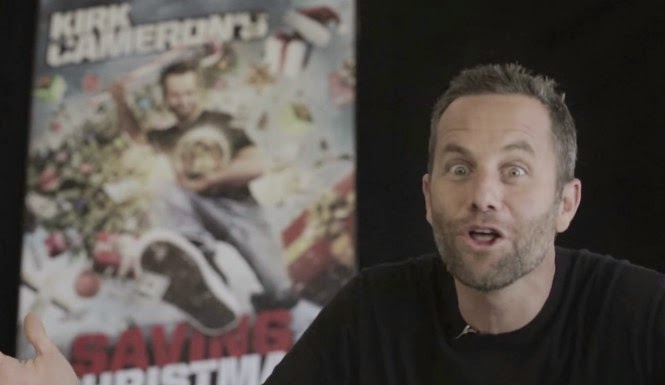 I have nothing to add.

This also has nothing to do with anything, but is awesome. I saw this on Twitter: 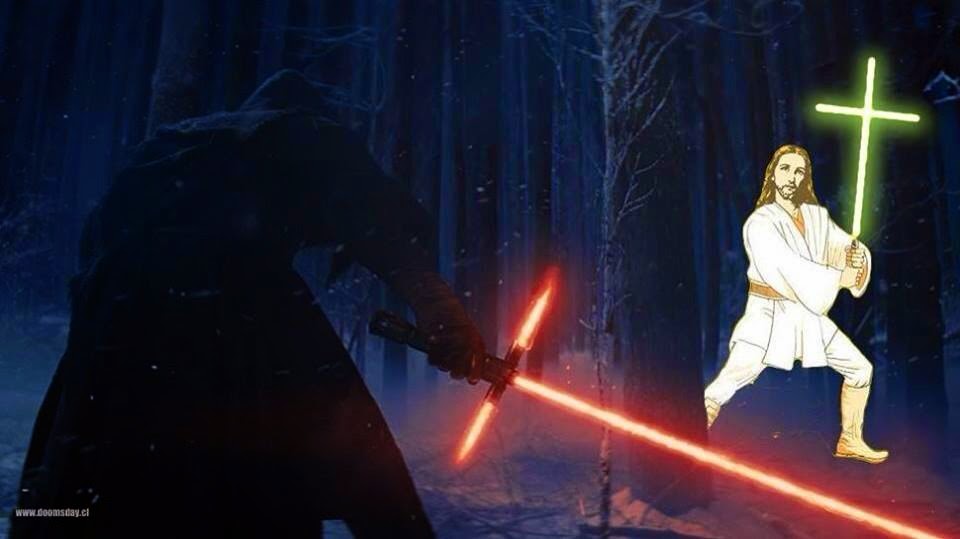 The power of ritual. PeaceBang has some strong words for pastors, this time for the way we carry ourselves while leading worship:


Look. We are heirs and stewards of ancient rituals, and there is a power and majesty in those rituals that can only be maintained when the people leading them are mature and responsible in their work. Too often, this maturity is jettisoned in favor of sloppy bonhomie, as if it’s uncool to take church too seriously, you know, because someone might get the impression that religion matters to us.

It just fries my grummies when I attend a rite of passage where the clergy or lay leaders are stumbling around not knowing where to stand or how to use a mic, or kidding around and making snarky or insecure asides in front of the congregation. LEAVE IT FOR THE REHEARSAL (if there is one — and it’s not a bad idea for complicated services). Keep it in the shower at home. It’s not funny, it’s not sexy, and it doesn’t make you seem cool, it makes you seem sloppy and foolish. God kills a kitten every time a minister gets up during, say, an ordination and interrupts the flow of the service with a sarcastic aside. How dare you inject the contents of your neurotic, chattering mind into the consciousness of those who are there to faithfully worship?

Okay. I confess to lapsing into moments like what PB describes here. More often than not, it's usually because something has happened that has drawn attention away from the moment already, and I'm trying to ease the tension of 1) the person involved in the mishap and/or 2) other people tsk-tsking at said person for stumbling.

True enough, worship is meant to point beyond us to how the divine is present in our midst and we should conduct ourselves as worship leaders accordingly. I don't dispute that one iota, and many of us (myself included) could stand to improve in this area. At the same time, human moments happen and it seems to me that a certain amount of permission should be granted to those who inevitably let a little humanity slip through the cracks into the proceedings.

Should worship be taken seriously? Absolutely. But if we keepers of ritual get bent out of shape every time something goes wrong, we're in for a long unhappy road. I'd rather chuckle at a misstep--but only chuckle, mind you--than draw attention to it with a glare or some other ungracious action instead.

Protestants could stand to be better at this. Spiritual writer Carl McColman responds to an interview given by author/speaker Timothy Keller, during which he decries the practice of contemplation. In a nutshell, McColman thinks Keller doesn't know what he's talking about:


And if you ask five different people to define God, you’ll get five different definitions. Or if you ask five different people to define love, you’ll get five different definitions. I think Keller is starting off with this cop-out as a way of saying, “Look, I don’t really know what contemplation is.” I bet dollars to doughnuts he was not trained adequately in seminary on the subject of contemplative prayer. That’s not his fault, that’s an indictment of the entire sweep of post-Reformation theology and how Christianity lost its own contemplative heritage for centuries. But Keller should be courageous and humble enough to admit when he doesn’t know something. It would have been so much more graceful if he had just said, “You know, you’re asking a question about a type of prayer with roots in the fourth century that just wasn’t closely examined in a Protestant seminary in the 1970s, so I must confess I’m really not that knowledgeable about it.” But no, he goes on to put his foot in his mouth repeatedly.

Even though McColman's post is in the form of a line-by-line fisking of another piece, I think the result is a decent explanation of some of what contemplative prayer actually is. Keller's point of view is a high profile example of Protestants preferring the intellect and maximum verbiage over imagination, feeling, and silence. And the prayer life of many a person has suffered for it.

Eventually, some of them decide they're "done."

Misc. Thom Rainer with a(nother) list about Millennials and the institutional church, this time why they don't want to serve as pastors in them. Jan Edmiston on what to look for when hiring a consultant for your church to work with.
By Jeff Nelson
Email ThisBlogThis!Share to TwitterShare to FacebookShare to Pinterest
Labels: Church, Ministry, Small Sips, Spirituality
Newer Post Older Post Home