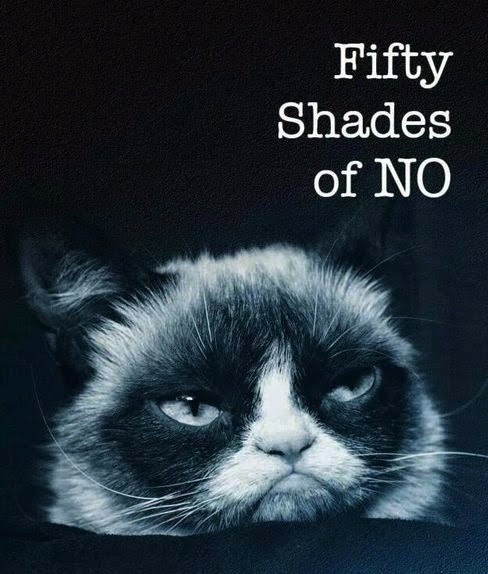 I know this well. Jan Edmiston reflects on every church's desire for a pastor who will attract young families:


Let’s be honest about the “why.“ Are we saying that we want these rare and valuable Young Families for what they can give to us?

What if – instead – the “why” of this demographic quest was about feeding souls and sharing authentic community? I always hoped – as a young mom – that church would provide adults that could help me nurture my children. I always wanted to know that – if my kids couldn’t come to me or HH with a problem – they would have other trustworthy adults to whom they could go (and they did.)

As a younger pastor, I've certainly encountered this expressed desire, among other common assumptions about what a young pastor will or won't do. Young families are a clear signal of vibrancy, but they're far from the only one. Other such signals could include how often your building is used by both church and community groups and how much time your church spends on outreach and visibility.

The downside to only having younger families, in my experience and from what I've read, is that they actually have less disposable income and time to devote to the church. They have jobs and kids, and those responsibilities take up a lot of energy. Sure, they help indicate that the church has a future, but for the day-to-day stuff, a church can't rely solely on them by any means.

I know this one, too. In a UCC devotional a few weeks ago, Vince Amlin reflects on people's expectations that pastors be perfect:


On one hand, I recognize that I, like every clergyperson, wear an invisible sign that says something like "God is watching" (but less creepy). And I take seriously the call to be an example of how a person of faith behaves (as best I can).

On the other hand, I fear that the pretense of the perfect pastor gets us all into trouble. When we require our leaders to be blameless, we wind up with clergy who get good at keeping secrets, and we wind up with church members who believe that faith is only for perfect people.

Perhaps what we need is just what we have: angry, sexy, swearing clergy who often disappoint us, but who, on their best days, point us imperfectly toward Perfect Love.

Hi. I'm Jeff. I like bourbon and pro wrestling and I have four tattoos. Jesus loves you.

Answer: most likely not. Benjamin Corey reflects on whether today's American Christians would like the first ones:


If you could meet one of the first Christians would you like them?

I’m convinced that many American Christians would not. In the course of 2000 years, Christianity- while maintaining the basic tenets, has morphed and shifted from the way it was originally designed and lived out. Since we tend to live in a culture that is rather self-centered, we have a tendency to assume we “have it right” while completely overlooking the fact that our version of Christianity might appear quite foreign– even hopelessly corrupted– if viewed through the eyes of one of the first Christians.

If those entrenched in American Christianity could transport back in time to experience Christianity as it originally was, they’d be uncomfortable at best, and at worst, would probably have declined the invitation to join Christianity at all.

A list of five reasons most probably wouldn't like them follows. The basic gist is that, given the individualistic and nationalistic values with which we've overlaid our faith, the practices of the first Christians would be foreign and discomforting to us today. It's a great way to offer commentary on where American culture has taken Christianity, and it's worth re-examining what we emphasize, perhaps without question.

Maybe this time they'll get it. Sometimes Brant Hansen blogs as the Krusty Sage, where he just rants about some cultural or faith issue that he thinks we shouldn't be spending so much time and energy on. If you're familiar with certain corners of the internet, you might be aware that certain segments of Christians--specifically, Christian MEN--are completely freaking out about yoga pants and what women wearing them cause men to feel in their physical and spiritual nether-regions. And so, finally, the Krusty Sage weighs in on the issue:


Fellows, let’s have a little quiz:

When you lust after a woman who’s wearing yoga pants, whose fault is it?

B. It’s mostly her fault, but some your fault.

C. It’s mostly your fault, but it’s her fault, too.

Now, check your papers. If you didn’t say “D”… you’re kidding yourself.

Yeah. Seriously. It’s your fault. For all the discussion of “You know, ladies, men are visual, so…” no one’s apparently going to say this, so I’ll say it:

Quit blaming women for your issue.

Right here would be the perfect spot for a mic drop. But I don't have a mic. The long and short of it is that men really seem to like blaming women for what men do, and yoga pants are pretty tame compared to the more serious stuff like abuse and rape. "If you hadn't been wearing that, I wouldn't have done what I did." Control yourselves, fellas. Use the parts of your brain that handle personal restraint, taking responsibility, and logic.

Oh, goody. Jamie the Very Worst Missionary has some thoughts on 50 Shades of Grey.


Take away the male hotness and the buckets of money and suddenly 50 Shades of Grey is a book about an insecure, young woman who meets a controlling, manipulative stalker, and finds herself in a mess of her own conflicting emotions. She enjoys being the object of his desire, but she's also intimidated by his demeanor. She's not comfortable with the things he's asking her to do, but he's only asking because she's “special” and he wants to share special moments with her. He smothers her, but only because he wants to protect her. And he punishes her, but only for her own good. She knows he's not perfect, but surely, if she sticks with him long enough, he'll change. She's freaked out by the demands she must meet to be in a relationship with this guy, but how else can she show him how much she really loves him?

No one wants to read that book, no matter how hot the sex is, because THAT is not a love story.

I dunno. I haven't read or seen it, either. I'm taking Jamie's word for it. But the whole post is good.

Basically. And here's a cartoon from the Nakedpastor David Hayward: 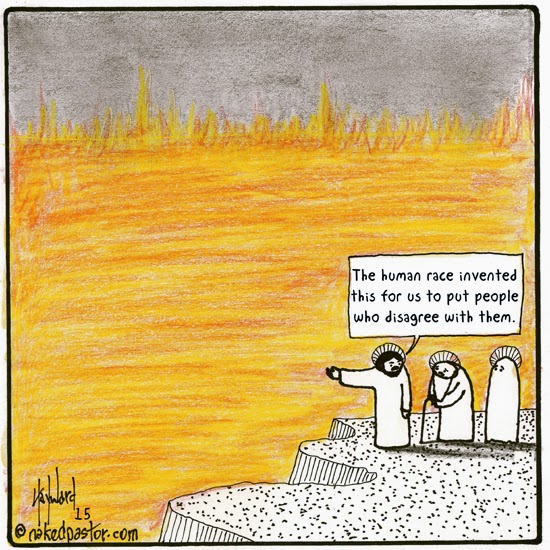 This could use a mic drop, too.

Misc. Winelibrarian on pursuing a work-life balance. PeaceBang reflects on Affect Management, that is, what we pastors do with our faces when we're on the job. Caleb Wilde on ten ways children can be involved in funerals.
By Jeff Nelson
Email ThisBlogThis!Share to TwitterShare to FacebookShare to Pinterest
Labels: Church, Ministry, Small Sips, Theology
Newer Post Older Post Home