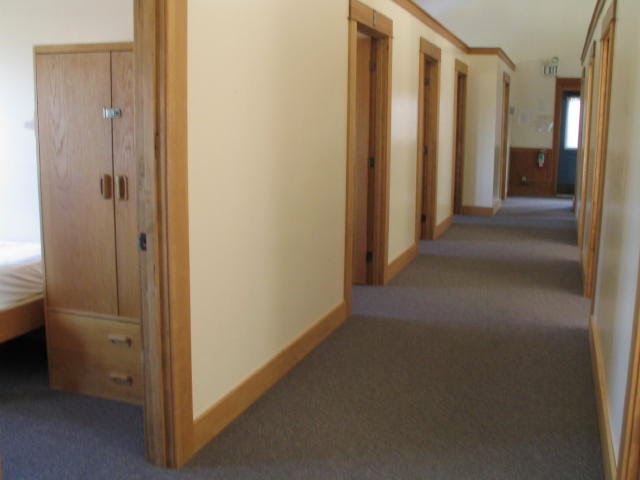 I recently saw an author share advice that she received from her spiritual director to hold off on writing about a transition she was experiencing until after it was long over. This trusted guide counseled that she needed the spiritual and emotional distance both to see the experience clearly, and to be able to tell her story with proper perspective, nuance, and sensitivity toward others who were involved. She'd been thankful for this advice, as it helped her avoid the possibility of hurting others, as well as gave her the proper space to process what was happening.

We live in a world that is more immediate, and thus we tend to believe that we're expected to tell such stories at a faster pace. It may be that we expect this of ourselves on a personal level or, if we have a platform, we feel the need to generate content and clicks, and what else would I write about especially if I'm known for the sort of introspective reflection in which others can possibly hear their own story? Some writers make a decent living this way, telling their story as it happens. They help perpetuate the culture that demands this sort of transparency, and others love that they're Being Real and Authentic.

There's a story that I've been telling around the edges of this blog the past few years that I may never write in a more straightforward manner. I could just follow the lead of many others and lay it bare, but in some ways it's still raw and I'll end up telling it wrong. I still don't have the proper perspective to say things the way they should be said. It could take years or decades until that's the case. I'm comfortable with that, actually. Not everything needs to be shared the way we've been conditioned to think it does.

I have told plenty of other stories here in much more conventional ways. One that I've told quite often happened 15 years ago yesterday on the second floor hallway of Krieg Hall on the campus of Heidelberg University. I was a junior at that point, and that entire school year had tried my faith in a number of ways that I never imagined.

Of course, nobody really plans to have a spiritual crisis. I surely didn't. But a combination of relationship problems, faith questions, gossip, and community estrangement had led me to question everything about my future. I wasn't sure I wanted to be a Christian anymore, let alone a pastor. I was ready to give up everything that I was working toward and I had no idea what to do next.

So I sat on the floor outside my then-girlfriend's dorm room with a Bible and the simplest, weakest, most desperate prayer: "Please show me something." There was nothing else I could say. I couldn't bring myself to pray much in those days, so even those four words were a miracle in themselves.

A few moments later, I flipped and landed on Luke 24:34: "It is true! The Lord has risen, and has appeared to Simon!"

I've shared this story with many people over the years. Some scoff at the idea of just flipping open a Bible to look for answers. Others have felt more empowered to tell their own stories. Some have helped me see new things about that time in my life that I couldn't see as it was happening. It has been helpful to process this experience with others over the years, and to continually consider its lasting impact.

And its lasting impact is knowing that personal stories have a time and a place. This particular one still inspires me, and as more time passes I still spot new ways in which it is true.
By Jeff Nelson
Email ThisBlogThis!Share to TwitterShare to FacebookShare to Pinterest
Labels: My Journey (so far)
Newer Post Older Post Home