A funeral for a friend. David Williams gives his eulogy for the emergent movement:


Emergence was a thing, for a while, a decade ago.

It rose out of two simultaneous threads. In the old-line denominations, emergence was a reaction to the stultifying institutional inertia that can makes denominational ministry such an awkward, lumbering, graceless thing. Be open to the new! Don't crush everything under the weight of bureaucratic anxiety management processes and protocols!

For those who'd been brought up in the corporate dynamics of the megachurch world, emergence was a reaction to the synthetic falseness of business-model Christianity. Be flexible! Be organic! Be less like a JeezMart, and more like a gathering of creative friends!

The spur to emergence in both of these milieu was the advent of new and dynamic media, which seemed to offer the promise of communities dynamically being amazing on the interwebs together. It had the potential to stir the oldlines to new life, and bring authenticity to the groupspeak of evangelicalese.

And it didn't work.

I credit the emergent movement with many things in my own life, and then I and many others outgrew it. All the deconstruction and new ideas and avoidance of bureaucracy was fresh and exciting. And then I and others began realizing that by its very nature it would never become much more. Parts of it were still holding onto the same old evangelicalism from which they arose. Others were never going to solidify due to their avoidance of structure. Still others never really offered anything new to say because they were too preoccupied with tearing everything down.

But we got a handful of new authors and speakers making the conference circuit. So there's that, I guess.

Not just for Presbyterians. Jan Edmiston writes a post specifically for PCUSA types, but I don't think it really is:


We Presbyterians ordain teaching elders (aka ministers of the Word and Sacrament), ruling elders (aka those who govern on boards called Sessions) and deacons (aka those who tend to those in need.) Let me repeat this: we are ordained. This means that – by virtue of our ordination – not one of us is any longer a lay person. We are not “laity.” We are not “laywomen” or “laymen.”

The word “laity” was first used in the 15th Century which makes sense in terms of how the clergy were elevated regarding power and authority. The church that the New Testament describes sets people aside for leadership, but “the priesthood of all believers” makes it clear that everyone who follows Jesus is called to serve in Christ’s name. Everyone.

Theologically speaking, as long as we consider the leader with the seminary degree to be The Real Minister, we will be an ineffective church.

It's not just one person in the church called to minister to others, but all of us with our own gifts, resources, energy, and time. I get that Jan is offering this specifically in light of her denomination's polity, but at its heart this is a universal commentary on a universal concern.

Seriously. It works. Glennon Doyle Melton shares her solution for getting into a child's brain and getting to know them a little better:


Besides myself and Craig – there are three people I want to understand more than I want anything else in the world. Their names are Chase, Tish, and Amma. These three are beautiful mysteries and loving them is the greatest adventure of my life. I just want to spend my whole life exploring their hearts and minds. So I do all the right things. I plan for exploring time: Family Dinners! Dates with mommy! Perfect. But then I sit down with my kid. There we are, looking at each other over a table with nothing between us but open space and time and love . . . and I cannot think of a single interesting thing to ask them. I got nothing. I’m a mother, so I’m tired. It’s just impossible to be creative when you’re tired. And so here’s what I end up saying: “So – how was your day?” Every parent knows that this rusty “how was your day” key doesn’t work but we keep trying it because it’s the only one we can find.

The trouble is that keys are only useful if you can get your hands on them.

SO LISTEN. I have good news. A few months ago – Tish’s teacher sent home a “Conversation Jar” filled with interesting questions that the students in Tish’s class created. I put this jar on the kitchen table and a few times a week, we take turns pulling out a question during dinner. THIS JAR HAS MAGICAL POWERS. It’s been months now and still, every time we open it – everyone at the table wakes up a little bit. Little eyes flicker back to life, folks sit up straight in their seats, the arguing stops, and it’s all “me firsts! Can I answer first, mom??” Even the tween, people. Even the tween. People want to be known. People want to be known so badly.

I was so inspired when I read this that I immediately printed out the resource for starting your own jar, cut up the questions, and got us going that night during dinner. And it really works! We did three questions, which resulted in Coffeeson telling us about a girl in his class who seems lonely, and we all took turns sharing what we're afraid of. Not all the questions seem age-appropriate to my 7-year-old's concrete-thinking mind, but it shifted the dynamic of our conversation in a noticeable way. So I say, right on, Momastery! 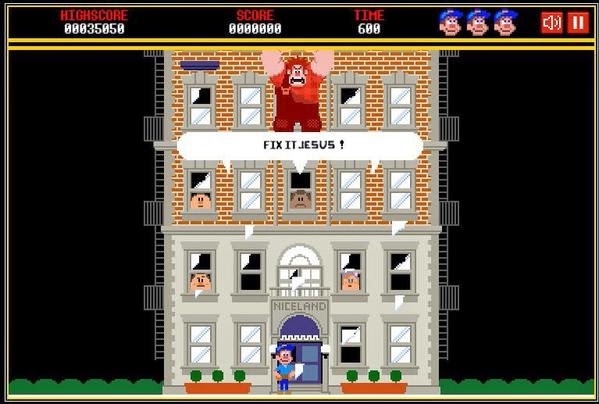 A little too on the nose. MaryAnn McKibben Dana shares about her failure to adult:


As the Internet leaves its infancy and adolescence, we’re seeing more and more studies on the effect of social media on happiness. I’ve read a lot of it and it’s a mixed bag—there are net positives and net negatives. But I do know that Facebook and other sites have given us insidious new ways of comparing everyone else’s outsides to our insides, which is never a formula for a wholehearted life. Our real-life messiness will always lose out to everyone else’s carefully curated personas. Blessed be those who will post the graphic like this one. Blessed be the pockets of radical honesty where a super-capable person I know can say, “It’s April 18 and my taxes are a mess. I have done nothing. Help.”

I talk to many friends and colleagues recently who struggle with some version of impostor syndrome: If people found out how screwed up I was, I’d be fired/ridiculed/judged. A woman and pastor colleague who serves a large church told me several years ago, “I feel like I’m always 15 minutes away from complete embarrassment.”

This is too familiar to me. I don't want to say much more because I'm even embarrassed to admit that I can relate to this. But I think we all can at some level. But yeah, I'm pretty messy at a non-internet level.

Let's just get through this, okay? Elsa Peters reflects on the way churches go about recognizing Mother's Day. That is, if they insist on doing so:


The second Sunday in May is Mother’s Day. It is the Sunday where churches offer corsages and carnations to mothers. It is this Sunday where prayers to “Mother God” are lifted in congregations that would otherwise struggle with inclusive language. It is the Sunday where the grieving and the childless stay home along with those that struggle with infertility and those that don’t ever want anyone to know that she had an abortion. There are those that we abandoned by their mothers and those that never knew gentle touch of their mother. They don’t come to church because they know that they will not be celebrated. They will not be honored.

They will not hear so much about the resurrection as they will about mothers. And they know this, so they stay home. Each congregation has their own traditions and there isn’t one of these bodies of Christ that seems to realize that Mother’s Day is NOT a liturgical holiday.

This, in a nutshell, is why you won't hear much from me about Mother's Day this Sunday in worship. No corsages or flowers, no getting all mothers to stand. There are too many variable situations that work against the blanket assumption that Mother's Day is a universally joyful holiday, the celebration of which will be welcomed by all. It would be more caring for the church either to avoid such references or to name its difficulty, the latter of which being what I tend to do even in some small way. So be sensitive this weekend, pastors.


The overwhelming answer to the question "Why do 40-50% of our youth group graduates leave the church and never come back?" is a resounding, "Because they've never actually been part of the church."

They weren't in community worship until the 5th grade (or later!). Why do we think they are "ready" when they've never actually seen what happens in "big church?" We have removed them from the key Christian community experience in their most formative years.

They've never met the matriarchs and patriarchs of your church, the people who could teach them the most about being a Christ follower because they have the most experience with it.

I could go on, but the moral of the story is that we can't solve the problems of the church's future with another program or worship style. We have to be committed to a culture shift.

What I hear Melissa saying is that churches need to offer more than programs that might offer token solutions and band-aids at best. As she says in the last sentence, a deeper, cultural shift is what is needed. Not just mentoring programs and an occasional Youth Sunday, but more consistent interaction that forges connections between members of different generations over many years.

I'd say that programs and ministries could still be a good start for this, but a church has to keep building on what they initiate.

Misc. Luke Lindon on his church's hosting of Glennon a few weeks ago. PeaceBang doesn't like my sunglasses. Haters gonna hate. Brant Hansen just published a book, but I'm not sure whether I'll read it. Reese Roper with a story of immense regret. The M.Div is ranked as one of the worst-paying graduate degrees. In other news, water is wet.
By Jeff Nelson
Email ThisBlogThis!Share to TwitterShare to FacebookShare to Pinterest
Labels: Church, Fatherhood, Ministry, Small Sips
Newer Post Older Post Home