What Critics Get Wrong About Spirituality 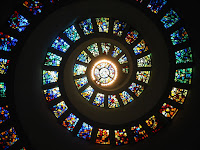 In recent years, spirituality has received a great deal of attention in popular discourse, mostly due to the phrase "spiritual but not religious" (SBNR) with which many have resonated. In fact, this phrase has become its own category, now showing up on religious worldview surveys. And then, predictably, there are the books, articles, and think pieces that have analyzed this term, attempting to define it in order to celebrate or dismiss it, depending on which circles you run in.

The original intent of SNBR as I understand it is the rejection of institutional belief and practice in favor of something with less structure; that feels less constricting. It also tends to be a rejection of oppression and exclusion exhibited by more formal religious expression. So one may believe in something transcendent and pursue that belief in their own way.

A common critique of the SBNR identifier is that it's actually beyond definition. It's too vague, too soupy, too individualistic. The pushback to this term commonly cites the lack of connection and accountability to a larger community, and SBNRs have at various points been deemed self-centered, lazy, or boring.

Such a critique has also been leveled at the word "spirituality," particularly by some Christians toward other Christians. Some corners of Christianity are rediscovering spirituality and spiritual practices; seeing them as helpful and enriching to a life of faith. Others are much more skeptical, citing their appeal to emotion and personal experience more than reason, and their giving too much focus to the individual interior life at the expense of a common creed or doctrine.

And then someone like New Atheist Sam Harris writes a book with the subtitle "A Guide to Spirituality Without Religion," and for some that just fuels the fire:


He identifies spirituality as "self-transcendence" and he obviously believes this to be a primary goal in life. He believes that such experiences can be induced in certain ways, by various techniques (more about that in a minute).

For a long time now, I have been worried about the incursion of this thing called "spirituality" into Christian circles. I don't think most people realize how new this conception is. I never even heard the word until the 70s. Social action dominated the scene in the mainline churches in the late 60s, and to some extent that emphasis survives (after all, there is considerable biblical and theological support for it), but it has largely been put in the shade by "spirituality."

The post quoted above goes on for a while, but I was already feeling such a strong reaction to this part of it that I knew I'd end up writing a response, and here we are.

First of all, you really shouldn't rely on a professed non-believer for your definition of spirituality. Most of what the rest of the quoted article says about spirituality is based on the definition offered by someone who makes it a point to avoid religious and theological categories. There are many better sources to turn for a definition of Christian spirituality that are actually Christian.

Second, what is spirituality? It is the means by which we understand God's presence and activity in the world and God's relationship with us. It is the application of theological concepts to our own sense of participation in what God is doing with and around us. It is not "self-transcendence," but rather how we experience the transcendent in relation to our self. This is the working definition guiding the rest of this post.

The concept of spirituality is not beyond critique. However, it behooves the critic to have a firm enough knowledge of what they are critiquing. I've seen many pieces like the above, and there are a few things that those who favor an expression of faith that is more doctrinally objective and intellectually rigorous tend to get wrong about what Christian spirituality is. So I'm going to briefly push back against some of the more common ones here.

It's too new and faddish. Let's begin with what the above quoted author suggests: that spirituality as a concept has only been around for a couple decades. To be blunt, this is absolutely false. Some Christian spiritual practices can be traced back to the Desert Fathers and Mothers in the second and third century of the church's existence. Some of their practices influenced later spiritual disciplines such as the Rule of St. Benedict and other Medieval developments. Ignatius of Loyola, Francis and Clare of Assisi, and Teresa of Avila are some of the many whose writings have inspired spiritual practices. The sort of transcendental meditation that the author is likely referencing did become popular in the 1960s and 70s, but even that is based on practices centuries older than Christianity. Just because you didn't hear about it until recently doesn't mean it's a recent thing.

It's too subjective. Spirituality is by definition personal. It is based on one's own experience of God (and note that I'm talking specifically about Christian spirituality, so I mean a concept of God based on the life and person of Jesus Christ). No two lives are the same. We each have different backgrounds, experiences, families of origin, and so on that influence how we see the world in general, and how we see God present and active within it. This colors our reading of scripture, our encounters with the church, and our reaction to doctrinal belief. Spiritual practices help us to name how those factors shape our concept of God beyond mere regurgitation of theological concepts. It is helpful at the same time to journey with a spiritual director, pastor, or spiritually supportive friend or group in doing so, so as to name these experiences aloud and to hear them repeated back to gauge how true they really are for us.

Jesus, it should be noted, didn't offer a systematic theology for everyone to agree on objectively. Instead, he told stories and asked questions that he left up to the individual's pondering. In addition, people didn't respond to his impressive arguments. Rather, they followed him because they experienced God through him: his teachings, healing, and interactions. They then spread the word, sharing these experiences with others, hoping that more would seek an experience for themselves. We see in Jesus' ministry an invitation to individuals to accept what he offers for themselves, in part based on their own ability to receive it.

It's too driven by emotion. Critics of spiritual practices often cite the role that emotion plays in observing them. Theology is an intellectual exercise, they tend to argue, and emotions only muddle the issue and keep us from thinking clearly. I've written about the role of emotion in worship, as a similar critique tends to come up with certain forms that are not liturgically "high church." Allow myself to quote...myself:


Ask yourself this: why, regardless of preferred worship style, do we bother with aesthetics of any kind? Why do we spend time crafting poetic prayers, arranging and practicing music so that we know each piece beyond the notes on the page, preparing sermons that include clever illustrations and carefully chosen turns of phrase? Why do we bother cleaning the sanctuary and decorating it according to certain seasons or events? It's because we're striving to create an experience that stimulates more than just our minds. It's because the beauty, tone, and mood of the worship moment is just as important to us as the theological points that we want to make. Worship is more than a cerebral experience. It's meant to engage the senses, the heart, the emotions as well.

Ignatius of Loyola wrote quite a bit about what he called "interior movements," that is, the various movements within us that pull us closer to God or further away from God. Discerning the two isn't just an intellectual exercise. You pay attention to what you're feeling and why. Why did you react to a particular scripture passage or meditation in this way, and what might be behind that? Our emotions can be just as instructive as our thoughts. Likewise, our thoughts can be just as deceptive as our emotions, which has been the assumptive stigma on the latter when it tends to get brought up in worship-related debates.

Some find beauty and truth primarily in well-reasoned theological writing. Others find this less accessible and instead find prayer, meditation, contemplation, and other practices as access points to how God is relating to us. Both are spiritual practices for different temperaments. After all, Richard Foster named study among the practices he included in his classic Celebration of Discipline.

There is a place for spirituality in the Christian tradition. Theologians, teachers, clergy, and laypeople throughout the history of the church have written about it, explored it, and encouraged it. It doesn't look the same for everyone, and it doesn't have to. Its critics don't have to like or practice it in certain ways. All those of us who find it meaningful in certain forms ask is that they leave room for its appreciation.
By Jeff Nelson
Email ThisBlogThis!Share to TwitterShare to FacebookShare to Pinterest
Labels: Spiritual Direction, Spirituality, Theology
Newer Post Older Post Home