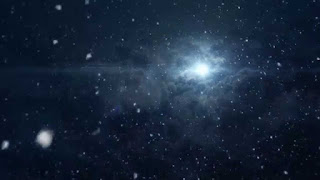 I used to like snow, but I don't any more. At least that's what I keep telling myself.

While growing up, I loved it. It was a gift that kept giving. During my elementary years I lived in a rural area where snow days were more prevalent. A lot of those county roads were hard to navigate if winter acted just harshly enough. The parsonage I called home sat on a hill that made for some magnificent sled riding. My friends and I spent hours in the cold trying to see how fast and far we could go, trudging back up, and doing it all over again.

I remember some evenings after dinner when the sun had already set and all my brother and I had was the light shining over the adjacent church parking lot, when the flurries would blow and we would get in some extra trips down the hill before bed. Sometimes I would just lie down and look up at the pitch black sky, watching the white flakes pass overhead. This brought a peace, a wonder, that I'd anticipate feeling again with every evening opportunity.

In more recent years I've had a more complicated relationship with snow, as I view it nowadays through an adult's eyes. I worry about my family's safety in the midst of a bad storm. I curse my snowblower when it won't start or when it blows the flakes right back at me. I can tell you the story of a father trying to get himself and his son home without incident on bald van tires past their replacement date.

Those times watching the sky pass further and further away every day.

My days of looking at snow with wondrous innocence are few and far between. Now I look at it in terms of the pain, danger, and inconvenience that it brings. Seeing it like I did as a child is much more difficult.

At least that's what I keep telling myself.

I used to take walks around the cemetery at my former church. It didn't matter what time of year it was. I could be out there on a warm summer afternoon or shuffling through fallen leaves or even as the flakes lightly floated to earth. Each lent a different spirit to my walking; a unique way of seeing God's creation and the final resting places of the saints around me.

I remember the quiet of those winter walks. I often would join the silence, inspired to watch the cold white precipitation cover all I could see without a word. Whether this was out of respect or reverence or trying to preserve the warmth of my lips, I couldn't say. Perhaps it was all three. But watching the snow fall then connected me to much earlier years when I saw it in a different way.

I do admit that, even now, I still have moments. And they tend to happen long after the sun has set. I'll leave an evening meeting or push my trashcan down to the curb, and linger long enough to look up. I'll find Orion's belt and see the winter moon glowing down upon the white blanket overtop the grass and trees, and be 10 years old again. I'll wonder when I became so cynical and fearful, and when exactly I lost the wonder and imagination with which I used to look upon this season.

Eventually, the spell breaks. I climb into my car or walk back into the garage and return to my thoughts of hoping I and my family can make it through the next day without incident, as long as this stuff is on the roads. It serves no good purpose. It's dangerous.

I'll probably think that for a while longer. But that child watching the flurries pass overhead keeps poking his head up, reminding me of the season's quiet beauty.

Some day again, I'll believe him.
By Jeff Nelson
Email ThisBlogThis!Share to TwitterShare to FacebookShare to Pinterest
Labels: My Journey (so far)