Vintage CC: The Silence of Death 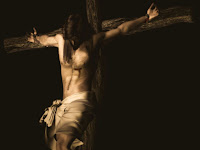 I wrote this in April 2012 when I undertook a little blogging venture to post something every day during Holy Week. It morphed into the following year's Easter sermon. Anticipating this year's observances brought me back to it. Have a blessed Holy Week, however you travel through it.