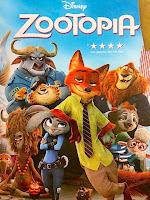 1. I read Ready Player One by Ernest Cline this month. Set in the year 2044 where the real world is slowly decaying, most people turn to a vast virtual reality universe called the OASIS instead. Before his death, the creator of this online existence left a series of hidden clues to his substantial inheritance and ownership of and caretaking responsibilities for the OASIS. The main character, Wade, along with many others, have made it their lives to search for this prize. As he and others get closer, he finds himself increasingly the target of an organization that wants the treasure for its own nefarious reasons. The book is filled with references to all manner of geeky fare from the 1980s, which is one of the most enjoyable aspects of the story. Even besides, I found the plot engrossing and I was actively rooting for Wade and his friends. This was easily one of my favorites of the year.

2. Belatedly, we saw Captain America: Civil War last month. This time around, Steve Rogers is still concerned for his longtime friend Bucky, aka The Winter Soldier, who's back on the radar for a bombing at the U.N. As big a problem as this is, his larger one is the Sokovia Accords, a new agreement to regulate and limit the actions of the Avengers due to the mass casualties their missions have caused. Tony Stark, wracked with guilt over these deaths, is on board whereas Rogers is much more skeptical. Sides are taken, and the main battles are between hero factions rather than heroes vs. villains. This includes the recently introduced Ant-Man and the newly-reacquired-by-Marvel Spider-Man. As much as part of the marketing was to get people to choose a side, the movie does a good job of presenting both points of view equally. This and Winter Soldier have ended up being among the better MCU films.

3. We also watched Zootopia this month, about a world where humans never existed and animals have "evolved" into anthropomorphic beings that live together in civilized society. However, there are still prejudices at work: bunnies are seen as country bumpkins, foxes as shifty, and predators as dangerous. Someone seems to be exploiting this last point in order to change the way society is structured, and it's up to new bunny police officer Judy Hopps and fox con artist Nick Wilde to figure it out. The story is well-told, the humor is clever, and there's a pretty strong message of inclusion and seeing people beyond prejudices and stereotypes throughout.

4. I binge-watched my way through the latest season of Orange is the New Black this month. It picks up right where we left off where the number of prisoners has doubled, among other predicaments for individual inmates. One prominent story involves the continual changes brought about by Litchfield becoming for-profit, which in addition to the larger population includes harsher tactics by guards, inmates forced into manual labor projects, and heightened tension between prison groups. The season also gives a nod to current events with some subplots related to prejudice, racism, and privilege, but keeps them within the general world of the show and specific setting of a prison becoming increasingly crowded, hostile, and violent.

5. Marian Hill released their first full-length album last month, entitled Act One. I really enjoyed their EP Sway, so I'd been looking forward to this. The duo serves up more of their mellow, slinky, electronic sound perfect for relaxing or being with your special other. Here's the first track, "Down:"