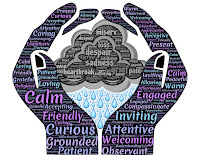 Mind: blown. In recent years, I've been really big into the concept of self-care. There was a time when I wasn't great at it in multiple ways, so I've been trying to do better at paying attention to my own needs in order to better serve not just as pastor, but as husband and father as well. As I've done so, I've also noticed in recent years a certain backlash against the concept of self-care for various reasons, which I've also been trying to understand. Liz Kessler has written something that I think finally has helped me get it:


The term "self care" gets thrown around all the time when what we are really talking about is coping. Sometimes this idea is disguised by using terms like "retail therapy" or a "girls day". Advertisements use phrases like "you deserve it" to remind people (and especially women) that they've worked hard and could use a break.

Using the term "self care" instead of "coping" justifies the ongoing nature of it. Calling it "self care" or saying "I deserve it" makes it sound like it's as natural and necessary to life as making dinner.

There's a difference between "self-care" and "coping." I mean, that's it. That's the missing piece to my understanding all of this. Self-care is regularly checking in with others, monitoring your health, allowing people to care for you. Massages, after-hours drinks, and indulging in junk food could be better categorized as coping, as activities to help you get through the day/week/month. Yet we tend to call the latter self-care and don't do the former.

DO YOU SEE? IT ALL MAKES SENSE NOW.

And for me personally, this means I still have more work to do on this.

Satire can be the best mirror. Justin DaMetz wrote an open letter to Donald Trump after James Dobson declared that he'd become a born-again Christian:


First of all, that whole thing a while back about your favorite Bible verse. You see, it sounded like you said “An eye for an eye” was your favorite. Which is great! That’s actually in the Bible, way back in Leviticus, so kudos to you. But, see, now you are a Christian, and Jesus did have something to say about “an eye for an eye.” It was something like this:

You have heard that it was said, “An eye for an eye and a tooth for a tooth.” But I say to you, Do not resist an evildoer. But if anyone strikes you on the right cheek, turn the other also. — Matthew 5:38-39

Yeah, geez, ok, so maybe you should find a new favorite verse, since Jesus kind of slapped that one down. But that’s ok! There are lots of other good ones to choose from!

The whole thing is written in that tongue-in-cheek style, but points to some very important truths about how one's political views may or may not square up with Jesus', if one deigns to call oneself a follower of Christ.

That said, there's also this. Daniel Jose Camacho throws out some words of caution on declaring the Democratic party the new "party of God," as Ruth Graham recently suggested:


Liberal Christians often pay lip service to many politically radical Christian thinkers and activists while lining up behind the political and economic forces that they fought against. Therefore, the martyrdom of Salvadoran Archbishop Oscar Romero can be remembered even as the same [U.S.-backed] military forces that killed Romero continue to wreak havoc today under bipartisanship support. Likewise, many can praise popular, grassroots movements such as Black Lives Matter while ultimately siding with elitist, antidemocratic stances like the one taken by Andrew Sullivan. The individual queer identity of a Latin American liberation theologian like Marcella Althaus-Reid can be celebrated. But her critical words about economic development and heterosexual ideology sustaining capitalism are rather distasteful for our times, times in which philanthropic foundations can be saviors and breaking up a few big banks is pie-in-the-sky.

I'm as guilty as anyone when it comes to what Camacho points out in this piece. There is a very real danger on both "sides" of the aisle to conflate one's religious and political beliefs. There's been an open effort to do this by one side for the past few decades, but the temptation to do so on the other is no less real...it just doesn't garner attention or publicity to the same extent.

I need to stick a trigger warning on this one. Glennon Doyle Melton reflects on online harassment and abuse of women, and gives a call to do better. Skip ahead if this is a raw subject for you:


Here is the thing that misogynists need to keep relearning:

If you call a woman a cunt, you are calling your sister and your mother and your infant daughter a cunt also. You are actively creating a world in which it is okay to call those women cunts. You are releasing poison into the air that the women in your life WILL BREATHE BACK IN. You are poisoning your own people. You cannot hate a woman for speaking her mind without hating all of us. Women are a package deal.

That’s what you want for her right? That’s what all women want. To be able to be fully human without the threat of violence.

The internet is a place where people really let their lizard-brained selves out to play. Maybe some see this as therapeutic or releasing or liberating somehow, but Glennon rightly points out that who we are online is still us. There isn't Internet Joe and Real Life Joe. There's just Joe, who thinks that maybe he can get away with saying horrible things to people online because it "isn't real."

But it is. Words have an affect; words have consequences. The other week, a colleague at the UCC's blog New Sacred wrote a blog post that went viral, and the comments both under the post and on the denomination's Facebook page for days after were some of the most racist, disgusting things I've ever seen. And many of those people probably thought, "this doesn't matter because it's the internet." Whereas in reality, those people really think those things. That's who they are, even if they don't admit it in physical company.

There's no easy solution to this. People will keep being awful in comment sections and elsewhere. But if even a few more realized the implications of what they write, maybe things could change.

The recovery groups could fill square miles of church basements. The Toast hosted a roundtable discussion on recovering from the book I Kissed Dating Goodbye by Joshua Harris:


Verdell: Also, I think this book is representative of purity culture as a whole. This book is the result of purity culture. There’s countless books, sermons, and programs that promote these ideas. It’s just that Joshua’s book was very popular. People are born in, shaped by, and have familial connections around these ideas, connections that are threatened if people dare to challenge them. So while I think looking at this one book as having all the power is a stretch, Joshua benefitted mightily from a project that has a negative impact on people’s lives.

Evangelicalism/Purity culture tells us from early on that our bodies are for the pleasure of someone else who isn’t us, a god, a father, a revival preacher, etc. We’re primed to always look outside of ourselves to know what should be done to our bodies. And in a culture like that, we are primed to ignore our orientations, our sexual desires, and to excuse the abuse that so often happens. The spirit is supposed to quicken us and make us alive, but instead we’ve been deadened.

Tragic, indeed. I read this book early in college, not that long after it was released. I found it appealing because I had just endured breaking up with a longtime girlfriend, so in that vulnerable state it was easier for me to buy into Harris' ideas as a way of avoiding the pain I was still feeling. Fortunately for me, I was also easily talked out of adhering to much of what the book said as I found my emotional footing again.

Many others haven't been so fortunate. They are, first, much more steeped in the sort of culture that proliferates ideas of "purity" that rely heavily on shame, approval from authority figures such as parents (read: fathers) and pastors, and willful ignorance of healthy, safe, body-affirming practices. The long-term negative emotional, spiritual, relational, and physical effects can be quite extensive. Even so many years later, it's depressing and still angering to think about what could have happened if I'd stuck with Harris' views.

I'm proud to abide by many of these already. A list of things not to blog:

Misc. Jan Edmiston from A Church for Starving Artists was recently elected co-moderator for the Presbyterian Church (USA). Prayers and blessings to her and T. Denise Anderson during this two-year journey. I'm saving this article on how to format a book proposal for reasons. Bible verses where "behold" has been replaced by "look buddy." Brant Hansen defends Christian radio.
By Jeff Nelson
Email ThisBlogThis!Share to TwitterShare to FacebookShare to Pinterest
Labels: Blogging, Justice Issues, Politics, Small Sips, Spirituality
Newer Post Older Post Home