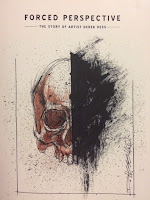 Five items for August, plus one more...

1. I read Good Christian Sex by Bromleigh McCleneghan this month. Sure, the title's provocative. But it's hard not to be when writing about a view of sex that is faithfully Christian. The big spoiler: there are other ways to think about it besides "nothing before marriage." Bromleigh discusses topics like fidelity, respect, self-discovery, enjoyment, and truthfulness. She places all of this alongside Biblical narratives, ethical concepts, and a lot of honest personal accounts from her own experience. It's thoughtful and funny, and presents alternative way to view sex and relationships in healthy faith-based ways that recognizes the complexity of humanity and how we interact. Given how many books are devoted to a very strict view of such things that has ended up damaging a lot of people, I found this refreshing and I wish I'd read it when I was 19.

2. I was excited to hear news of the classic book The Little Prince being made into a feature film...then was disappointed when it was pulled from having a theatrical release for some reason. But then it recently appeared on Netflix, so Coffeeson and I sat down to watch it together. A multitude of familiar voices come together to tell the story of a child prince who meets a stranded aviator and tells him about his travels from one small asteroid to another, where grown-ups create their own misguided realities. Similar to the Lorax movie a few years back, the actual book content is placed in the context of an older version of the aviator telling his story to a young girl, who is being forced to grow up before her time herself. The film is incredibly touching, the animation well-done (particularly the contrast they create between the larger story and the Little Prince material), and it conveys a message of never losing wonder and creativity.

3. I watched the entire first season of Preacher this summer. I wasn't sure that I would, but decided that the summer TV lull was such that I'd go ahead and give it a shot. The show follows Congregationalist (!) pastor Jesse Custer as he fulfills a promise to his pastor father (!) to return to his hometown and lead the congregation he grew up in. It turns out that Jesse has a criminal past, and that past comes back to haunt him in several ways including the reappearance of his old girlfriend/partner in crime Tulip. We also meet a good-hearted vampire, several angels on a different mission, and a town full of colorful characters trying to make sense of life. The supernatural components were fun without being hokey, the humor dark and dry, and the drama and action well done. I'm glad I gave this show a chance.

4. I watched Forced Perspective this month, which is a documentary about Cleveland artist Derek Hess. I first heard about Hess years ago when he happened to be featured on a TV show about tattoos and was immediately taken by his images, to the point that I got a tattoo of one of his pieces myself. I'd been anticipating the release of this film ever since I learned of it. It chronicles his early years creating concert posters for the Euclid Tavern, to his clothing designs, to his struggles with addiction and bipolar disorder. He shares how his issues come through in his art, but also how his need to create is so strong and so constant that he's always doing something. It was every bit as interesting as I knew it would be, and only made me like his work more.

5. Ever since I first heard about Suicide Squad last year, I put it on a list of 2016 movies I was most looking forward to seeing; we saw it the weekend after it released. With certain superheroes now absent, a group of villains are put together as a special task force to take on the work of protecting the citizenry. Leading the way are Deadshot (Will Smith) and Harley Quinn (Margot Robbie), with other bad guys along for the ride. I was worried given critical reception, but it's a big silly action movie. It didn't seem to know how to balance so many characters the way the bigger ensemble Marvel movies do and I didn't really get into Jared Leto's Joker, but all in all I thought it was fun.

6. I checked out Skillet's new album Unleashed this month. I rediscovered this band a few years ago and had Collide, Comatose, and Awake on constant rotation for a while before moving on to other music. I didn't really take the time to absorb their last album Rise, so I didn't know whether I'd give this one a chance to grab me. I think this is a step up: "I Want to Live" is the sort of symphony/rock hybrid song that got me back into them to begin with, "Stars" is a slower tune with a strong faith theme that helps me remember the good side of my evangelical years, and "Feel Invincible" is a driving, fist-pumping anthem that gets the blood going. Here's the video for "Feel Invincible:"