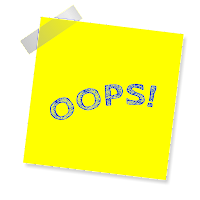 It's about time. In last month's Small Sips I linked to a roundtable discussion of people recovering from the effects of I Kissed Dating Goodbye by Joshua Harris. Lately Harris himself has been showing signs of remorse over how much his book negatively influenced people's approach to relationships:


HARRIS: I think I'm finally at a place where I'm really trying to listen to those voices. And I think it's taken time for the consequences of the way that people applied the book and the way the book affected people to play out. And so I'm hearing these different voices saying, here's how your book was used against me, here's how it was forced on me, or here's how I tried to - no one forced it on me, but I tried to apply it and it had this negative consequence in different ways.

I'm trying to go back and really evaluate, you know, where did my book contribute to that? Where was it too stringent? And where was that me and what I was writing, and where was that - the families and the church cultures and so on? So I feel like I'm on the front end of a process to help people in some way if I can apologize where needed and re-evaluate where needed.

To rehash what I said last month, I only bought into this book's ideas for a short time and only because I was in an emotionally raw place right after a big breakup; my healing from that correlated with my realization that Harris' views weren't very plausible and, over time, I saw how potentially damaging they were. And I saw that play out more than once.

So I'm glad for Harris going back to evaluate this and to listen to people who ended up hurting themselves or others trying to follow these principles. It's a shame it hadn't happened sooner, but I guess we come to these sorts of revelations in our own time.

Accurate. Carol Howard Merritt shares a list of essentials for how to write a book:


I post this article pretty regularly, because when I wanted to be a writer, people acted as if it was some mysterious, unattainable goal. But it’s not. Writing is like most art forms. You might be naturally gifted, but more likely, you get up early in the morning (or stay up late at night) and you work. So here’s this year’s edition of “how I did it."

Work. I know people who have fantastic ideas, great platforms, and even book deals in hand, but they don’t ever get the work done. I’ve heard of writers who go out in the woods and magically give birth to a tome after two weeks without human contact. I am not one of those writers.

I’m a mom who cooks food, does dishes, walks a dog, and cleans a house. I travel enough for speaking and teaching, so I’m not keen on leaving my family for any more than I have to. My daughter goes to school in the morning and my husband serves a ministry in the evenings, so I only have an hour or two of time alone. So I work in the morning or in the midst of chaos. I often have to stop mid-sentence to find my child a clean t-shirt, or to reply to our dog’s plaintive whine. But I work at least eight hours, six days a week. Before writing was my full-time job, I wrote from 4:30 to 7:30 am. Then I edited when I got the dishes done and the house clean. I usually got in five hours a day.

The whole list includes stuff like buckling down and writing a proposal, actually writing the manuscript, intentionally promoting yourself as an author...it could all basically be summed up as "buckle down and do it," really.

I spent a lot of evenings after the kids went to bed and stole time during the day to finish my book. Before I started it seemed incredibly daunting, too. But really, you just have to make the time, sit down, and put words on the page. There's no shortcut to the process. Buckle down.

He's not wrong. Brian Zahnd suggests that pastors need to be more contemplative:


We’re in a situation where it is often very difficult, if not impossible, for a pastor to make spiritual progress while being a pastor. I know, because I talk to these pastors all the time. Being familiar with my story, they seek me out. Many of them feel they have to make a choice between their own spiritual growth and their pastoral vocation. Something needs to change.

As long as our churches are led by those who view being a Christian primarily as a kind of conferred status instead of a lifelong journey, and view faith as a form of static certitude instead of an ongoing orientation of the soul toward God, I see little hope that we can build the kind of churches that can produce mature believers in any significant numbers.

Zahnd's article is geared toward evangelical pastors, but I think plenty of it applies to mainliners as well. The basic temptations to focus on career over one's own prayer life and to focus on the needs of the church at the expense of one's own spirituality are universal for clergy regardless of tradition.

I especially like the line, "Many of them feel they have to make a choice between their own spiritual growth and their pastoral vocation." Vocation should be rooted in one's spiritual growth and understanding of one's evolving relationship with God and one's place in God's world. But we separate those things out, or we think that pursuing our vocation is sufficient for spiritual growth.