Small Sips Has a Pumpkin Head and Briefcase

Anyone gonna listen this time? So, you know the old canard many have been pushing for decades that conservative churches are growing because they're conservative and liberal churches are shrinking because they're liberal? Many books and articles (like this one) have been debunking it, but with little attention paid. People have been content to keep believing that Right Doctrine (TM) is the reason their church is doing so well, while that silly little progressive church down the street is struggling.

Tom Krattenmaker is the latest writer to come along to attempt to disabuse people of this notion, including the important point that actually evangelical churches don't seem to be growing that much any more either:


The Southern Baptists — the premier evangelical denomination — have reported membership declines nine years in a row. Overall, white evangelicals have dropped from 21 percent of the population in 2008 to 17 percent in 2015. (It’s important to count white evangelicals as separate from black evangelicals, as is Jones’ practice, because the two groups are very different politically and culturally. When evangelicals of all racial/ethnic backgrounds are counted as one, their numbers add up to just over a quarter of the population.)

Don’t expect white evangelicals’ numbers to shoot back up in the coming years. Their strength appears especially anemic among young adults and those coming up behind them, as evidenced by the fact that only 10 percent of Americans under 30 are white and evangelical. That’s the same figure, by the way, as for white mainline Protestants.

“The numbers point to one undeniable conclusion: white Protestant Christians — both mainline and evangelical — are aging and quickly losing ground as a proportion of the population,” writes Jones, CEO of Public Religion Research Institute.

There are all sorts of reasons for this. This post mentions birthrate as one issue, and younger generations not feeling so invested in the culture wars of their elders is another. Couple this with the general societal shifts happening regarding religious affiliation, and theological leaning doesn't factor in to growth as much as some love to think.

Greater factors in church vitality and growth have to do with innovation and community engagement. How intentional are churches about facing changing times in creative ways? Conservative churches have long been ahead of the curve in this way particularly in worship (cue the groans from mainliners), which has helped people buy into the narrative that they're growing because they're conservative and not for other reasons.

Churches in general will have to be more proactive about innovation and will consist more of people who intentionally want to be a part of a faith community. And they'll have less babies. This is the overall theologically neutral trend.

Speaking of myths about shrinking churches. Frederick Schmidt explores why churches switch to part-time and bivocational ministry, and what that choice and mindset might really reflect about the life of the congregation:


For clergy who are asked to take part-time responsibility for a congregation, these are the questions that they need to ask:

1. Where is the parish going, and what is the trajectory of the ministry that you are being invited to consider? What is the church’s vision for its ministry? Are there reasons for the church to continue that rise above habit, practice, and sentimental attachment?

2. If there is no coherent answer to those questions, ask yourself and the leadership of the parish: Does the parish want part-time leadership with a coherent set of appropriate goals, or is the church simply trying to pay their pastor part-time pay for full-time work?

3. If there is no clear answer to the first and second set of questions, then clergy need to face the fact that the parish may not have a future. If that is the case, then ministry there may be hospice care for a dying congregation, and clergy need to ask themselves whether they have the gifts and graces for that kind of ministry.

I'm not in a position where I have to ask such questions related to being bivocational, but these seem worth asking for anyone at any point in a church's existence and not just when they reach this crossroads. Churches that don't ask these until then might well be on their way to that; better to constantly evaluate and seek vitality earlier, so long as people are open to where the possible answers might take them.

Speaking of important questions churches should ask. Jan Edmiston invites churches to look around at their situation, be honest about what they see, as well as how what they see makes them feel:

Do we get excited about seeing diverse people in our neighborhood? Do we get excited when someone wants to try new forms of worship? Do we feel inspired when we (finally) discern what God is calling our church to offer in our particular communities?

Do we see opportunity or crises?

Do we see the future or the past?

A congregation's perspective affects its decisions. What they see impacts their attitude. If they choose only to see things in terms of a mythical more prosperous past, it affects their future because they'll always be pursuing something that will never look just like that again. On the other hand, if they see possibility and promise and a chance to do something new and different and life-giving, that could change everything for the better.

I love this so much. Phil Bowdle has a suggestion: get rid of announcement time during Sunday worship:


Growing up in the church, I can’t remember a single time where I’ve heard someone say, “Wow, those announcements were powerful today.”

As the church, this presents a challenge for us.

We have life-changing opportunities for people to take advantage of, but they are often getting tuned out, ignored or forgotten during the typical announcement time.

Churches are making the dangerous assumption that if it’s important to us as church leaders, it must be important to the audience. We assume if it’s announced from the stage, it’s remembered in the seats. Reality is, that’s just not the case.

What follows is a list of ways to evaluate and communicate what is really worth announcing. I've been part of services where announcements took 15 minutes. FIFTEEN MINUTES. There has to be a better way to do this, and it surprises me that this is the first piece of writing I've seen saying so. 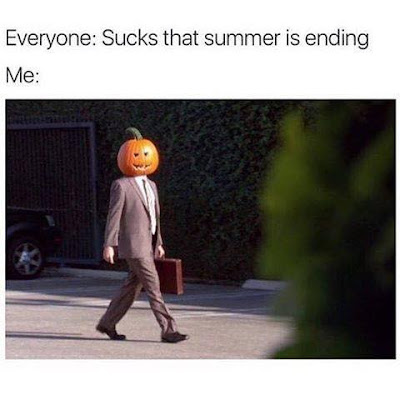 Misc. A Christian blogger wrote a tone-deaf thing about her white daughter marrying a black man, and the internet called her on it. Well done, internet. Why that thing you tell your pastor on Sunday morning might not get done. Joshua Harris is still assessing the damage his books have caused.
By Jeff Nelson
Email ThisBlogThis!Share to TwitterShare to FacebookShare to Pinterest
Labels: Church, Ministry, Posts That Prove How Sick I Am, Small Sips
Newer Post Older Post Home