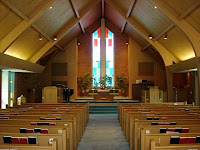 I wrote this back in May 2009. It's always important to identify what the real issues are underneath congregational complaints so that you can separate the distractions from the heart of the problem. But it takes work, skill, patience, and love...and maybe a good mediator.

I don't know how familiar my readers are with a TV show called Coupling. It was a British sitcom somewhat remeniscient of Friends that had a short-lived American equivalent. The American version sucked, the British one is much better paced and had better actors.

Anyway, there's one episode of Coupling where one of the characters, Jeff, talks about a made-up character named Captain Subtext. Essentially, Captain Subtext can detect what someone really means whenever they talk. This eventually leads to a hilarious scene where we're able to see and hear the world through Captain Subtext's subtext-detecting helmet.

Pastor and author M. Craig Barnes makes a similar point in his book The Pastor as Minor Poet, noting that congregants typically mean something other than what they say, and the pastor's call is to help them identify the issues below the surface. He gives an example of a couple who visits his office to complain about their new choir director, and he helps identify that they're really less angry at the new director and more grieved over the retirement of the former one. But it takes the active listening of the pastor to bring that subtext to light.

I can point to easy examples from my own ministry. For instance, "A lot of people don't like the guitar in worship" may really mean "My wife and I and one other couple don't like the guitar in worship." "You don't visit people enough" really means "I wish you'd visit me." "We need more activities for the senior high youth" really means "I wish my grandkids were more active in the church." These types of comments attempt to sound universal, but they're really issues that individuals are dealing with. And again, it's helpful for the pastor to listen for these subtexts and name them.

Any of the first set of statements could easily degenerate into an argument...it'd certainly take a lot for me to resist going on the defensive. And I think there's something to be said for simply helping a church member to understand why the guitar is included, or that one does in fact visit people regularly, or that you've been planning senior high activities for some three years now. And I've done that as well, most likely with some degree of defensiveness. But that's probably still not the real issue for the person making the statement, so it shouldn't be left there.

Addressing the subtext can be helpful for a couple reasons:

1. It gets to the real issue, to restate the obvious. The temptation is always to stay at the surface, to go on the defensive, to address the pragmatic and immediate. But there is likely more going on...more that is happening within the person raising the issue. And addressing that issue will be ultimately more helpful, as it will help him or her become aware of that issue.

2. It creates potential for deeper conversation and relationships. If the person is open to hearing about that subtext, he or she will be able to journey through a time of deeper self-awareness and deeper trust between pastor and parishioner. That sort of thing is what the church is meant to be about, beyond the sorts of mundane institutional matters that it may otherwise get hung up on.

3. It also helps the pastor identify his or her own subtext as he or she helps another identify theirs. A pastor needs be aware of one's own reactions and internal issues, as they may create temptation to be defensive as well, to simply "play the game" begun by the surface issue, and to be more potentially destructive than pastoral.

Identifying the subtext can be good for the overall church culture as well. If issues are brought to light within individuals or within the entire congregation, the church as a whole can be affected in positive and life-giving ways. If both sides are willing to do the work, addressing subtext can encourage faithfulness in ways that neither may have expected.
By Jeff Nelson
Email ThisBlogThis!Share to TwitterShare to FacebookShare to Pinterest
Labels: Vintage CC
Newer Post Older Post Home