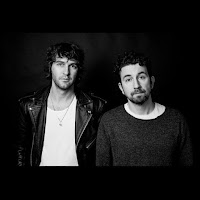 1. This month I read Tranny by Laura Jane Grace, the lead singer for punk band Against Me! She tells the story of how the band came to be and the ups and downs of their development, as well as her concurrent wrestling with gender dysphoria. After decades of personal struggle that included addiction and broken relationships that she eventually identified as her own acting out of her dysphoria, she finally comes out to friends, family, and fans as wanting to transition to being a woman. This was an engrossing read and Grace is as good a storyteller as she is a musician and songwriter. I really enjoyed this.

2. I also read Carol Howard Merritt's just-released book, Healing Spiritual Wounds. Carol details some of her painful experiences with the church, including its response to the abuse she endured growing up and during her time attending Moody Bible College. She uses a great deal of personal story in order to help readers access and deal with their own; to acknowledge deeply felt pain but also to address it through a series of spiritual practices suggested at the end of each chapter. It may serve as a helpful resource for anyone trying to make amends with a past that includes pain at the hands of one's faith community, as well as reconnect with a loving God who wants the church to do better.

3. I watched The Young Pope this month and late last month, a limited series on HBO starting Jude Law as Lenny Belardo, the newly elected Pope of the Roman Catholic Church. Lenny is 50 (relatively young for a Pope), smokes, is going through a faith crisis, has unresolved issues related to growing up an orphan, and begins his papacy as an angry, arrogant recluse. With the help of those around him, he grows into his role while also facing some of his inner problems. The show can be artsy and strange, but that gave it fun and depth. It explores themes of belief, miracles, sexuality, church politics, and personal growth. At times it made me cringe and at times it could be incredibly deep or sweet.

4. To go along with reading Laura Jane Grace's memoir, I've been listening to a lot of Against Me! lately. In particular, I've had their latest, Shape Shift With Me, on regular rotation. Their music in general has been a helpful balm lately. Here's one off their newest album, "Crash:"

5. I've also been listening to the newest album by Japandroids, Near to the Wild Heart of Life. The band sounds a little more mature and seasoned on this one, the songs more polished and anthemic. The title track and "I'm Sorry (For Not Finding You Sooner)" are among the ones I like the best, but by far my favorite is "Arc of Bar:"