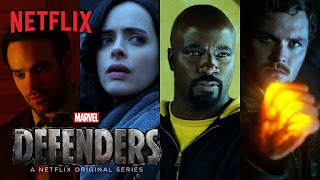 1. This month I read Cold Magic by Kate Elliott, the first in a trilogy set in the Industrial Revolution, where the land is ruled by a complicated system of princes and Mage Houses, steampunk technology is on the rise, and magic gives one as much power as wealth. We meet Catherine, a young woman who is being forced to marry into a Mage House due to an old contract made between her family and the House long ago. It sets her on a journey to learn more about her family's history and herself. Clocking in at just over 500 pages, this story could be a little dense at times, but I enjoyed the complex combination of alternate history, fantasy, and personal discovery. I plan to read the other two books, but will give myself a little break in between.

2. So during that break I read Silence by Shusaku Endo. Martin Scorsese recently directed a movie based on this book starring Liam Neeson, and while I'm interested in seeing it I wanted to read the book first. It depicts the journey of two Portuguese Jesuit priests who travel to Japan to find a fellow priest who reportedly apostasized. The book mainly follows one priest, Rodrigues, as he witnesses and experiences the religious oppression the people of that country go through, before finally meeting the one he's looking for. I found the book compelling both in its storytelling and in the way it explores theological issues such as God's providence and what really constitutes faithfulness. I'll look forward to watching the movie now.

3. We binged our way through Netflix's The Defenders this past week, with Daredevil, Jessica Jones, Luke Cage, and Danny Rand coming together to face a common foe, played brilliantly by Sigourney Weaver. The balance of four stories--both the way they play off of the individual series and have them intertwine--is very well done, the fight sequences are crisp and exciting, the integration of characters feels very natural. The long wait for this team-up was worth it, and I look forward to how the small screen version of the Marvel Universe continues to unfold.

4. Lately I've been listening to Dan Auerbach's new album, Waiting on a Song. Auerbach is half of the Akron band The Black Keys, known for their combination of stomp-rock with electronic elements. This is definitely not a Black Keys album: Auerbach borrows from sounds all over the place including rock, Motown, blues, and country. I admit that I couldn't get into it the first time, but repeated listens helped me hear the nuances in the music. Here's the video for one song I especially liked, "King of a One Horse Town:"

5. For the past few months I've really been digging a band from the LA area called No Small Children. The gist is that they're three schoolteachers who came together a few years ago and play rock on the side. They were featured on the new Ghostbusters movie soundtrack, among other things. Their latest album was released in 2015, but they've put out a few singles since then, the latest of which is called "Radio:"

6. I've also been listening to and enjoying Jennifer Knapp's latest album, Love Comes Back Around. This features Knapp's familiar acoustic guitar-driven sound as she muses on relationships, personal identity and growth, and faith. Here's one song from her latest, "New Day:"