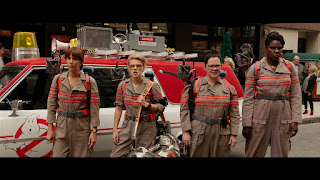 1. This month I read Washington's Farewell by John Avlon, a recounting of the history and aftermath of George Washington's "Farewell Address," printed in a newspaper at the end of his second term as president. I never heard of this until reading a shorter account of its development in Founding Brothers by Joseph Ellis several years ago. It was never taught to me in school, which fits with Avlon's noting that while the Farewell Address had been quite popular for over a century after it was printed, the Gettysburg Address eventually overtook it. This was an interesting recap of the context of the Farewell's writing, including the struggles and disagreements playing out at the time and how it has been used to prop up political arguments on both sides ever since. Washington wanted to issue final warnings and encouragements on subjects such as the importance of education, independence from foreign obligations, and remaining united in polarizing times.

2. I also read The Subtle Art of Not Giving a F*ck by Mark Manson this month. I didn't really know what to expect from it but it sounded interesting and I was in kind of the right mindset to pick up a book with such a title, so I went for it. Manson's basic premise is that you are responsible for yourself: what you give your time and attention to, what you allow to consume your energy and headspace, and what values you allow to dictate your choices and attitude. We're told what to do in many of these areas, but often what we're told causes us to misplace our sense of entitlement and our identity. Manson provides a very blunt message that there are a whole lot of things we don't need to be caring about that we do, and it's making us self-involved and miserable (and likely making people around us miserable, too). For me this was Clinical Pastoral Education in book form, in a good way. I'm already thinking of re-reading it.

3. I watched the new Ghostbusters movie this month, with Melissa McCarthy, Leslie Jones, Kristin Wiig, and Kate McKinnon as the new foursome who come together to start a ghost-hunting business. With the 1984 version being my favorite movie of all time, I was both interested and hesitant to see it. The story has a lot of parallels with the original, down to some of the four lead characters' personality quirks. But it also brings some fresh and funny twists to the concept, along with cameos from some familiar faces and homages to the first film. On its own merits, it was fine. I didn't feel threatened by it as a fan of the 1984 movie, and I laughed quite a bit. The hysteria was way overblown (imagine that!) and these actresses are good at what they do.

4. I really enjoyed the second season of Preacher, where Jesse Custer, his pseudo-girlfriend Tulip, and his best vampire friend Cassidy have hit the road looking for God, whom they found out at the end of last season is missing. Unfortunately for them, they're being stalked by a remorseless cowboy known as the Saint of Killers while also being monitored by a powerful organization known as The Grail. The show hasn't let up at all on its violence or its dark humor, and I was able to appreciate its satirical takes on faith, which were much more overt this season. It also fleshed out its concept of hell as a side character dealt with being sent there by Jesse last season. I look forward to next summer when it returns.

5. I also watch the first season of The Good Place on Netflix this month, starring Kristen Bell as Eleanor, a woman who has just died and finds herself in a friendly afterlife that looks a lot like existence on Earth, where everyone lives in mansions and eats frozen yogurt. Michael (Ted Danson) is her host, explaining that she's in the "Good Place," a non-denominational, ecumenical version of heaven that he says every religion got about 5% correct. The one problem: Eleanor doesn't belong there due to being such a self-centered person when she was alive. As it turns out, there are quite a few problems with where Eleanor is, which play out in hilarious fashion. I like pretty much everything Kristen Bell does, and I really liked this. The second season just started, and so far it's just as brilliant as the first.

6. Kesha's music has always been a guilty pleasure of mine. Ask my family about how I often sing about "Jesus on my neck-a-luss" unprompted. The past couple of years I've been following her legal and personal struggles as she has tried to tell her story of alleged assault and abuse at the hands of her producer, and have been rooting for her along the way. A few weeks ago, she released her first album in several years, Rainbow, and knowing how an artist's life often ends up reflected in their art, I was very interested to hear what she came up with. The results are quite incredible. She has forsaken a lot of the overly poppy sounds of her past albums and much of her singing about endless partying for something much deeper and more thoughtful with a quite eclectic sound behind them. Here's her first single, "Praying:"