Small Sips Will Bless the Rains Down in Africa 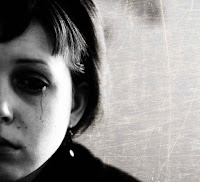 #YouToo. If you were on social media a few weeks ago, you most likely saw at least a couple of your friends take part in the #MeToo hashtag, which highlights how pervasive sexual harassment and abuse is; how many, particularly women, have experienced it personally in one way or another. For me it was powerful and convicting just how many people I knew had the courage to take part; more eye-opening is how many couldn't or didn't feel up to it yet had still endured abuse in some fashion.

Marchae Grair has a different take on the hashtag by turning it back on the perpetrators:


You touched without permission.

You silenced with intention.

You were the problem.

You are the problem.

Yet there is no hashtag about your story.

You’re allowed to keep living, even as you kill something in others.

I saw more than one response to this hashtag suggesting that victims shouldn't be the ones sharing their stories. Instead, it should be perpetrators coming clean and repenting about what they've done and allies saying they'll speak up and take action when they see harassment happening. Victims shouldn't be forced to relive their trauma, instead people who caused it need to take responsibility.

Put another way. Angelina Chapin points out the problems with #MeToo, and tells men to pull their weight:


When sexual violence allegations hit the news, men don’t have conversations with one another about how they can help to fix the problem. It’s always women who do the talking among themselves and publicly, starting hashtags (#MyHarveyWeinstein), writing Facebook posts and making lists of countless horror stories in an attempt to shake men into action. It’s not enough that we spend our lives being constantly harassed and violated by men; we also have to explain to these men why their behavior is problematic and, often, illegal.

Women can turn the whole internet into a list of “Me toos,” but it won’t make a difference until men ― all men ― acknowledge how they perpetuate misogyny and commit to making a change. We need men to recognize how failing to call out “locker room talk” enables sexual assault. We need more organizations and publications that focus on progressive masculinity rather than outdated and dangerous stereotypes about what constitutes “manliness.” We need men to start a “Me too” Facebook campaign that lists a time they caught themselves being sexist, and states how they are committed to changing that attitude going forward.

In other words, awareness isn't enough. What will men do to hold each other accountable going forward?


A reorganization of the United Church of Christ national offices was announced on Oct. 5, consolidating the departments of communication and philanthropy, and finance and administration. The new organizational structure also distributes oversight of the workforce among the three national officers of the church and realigns the work of Justice and Local Church Ministries.

The restructure, which is creating several new roles, also prompted a reduction-in-force, with fourteen employees notified that their positions had been eliminated.

"I call for prayers for all those who were let go," said General Minister and President John Dorhauer. "They gave many years of faithful service to this denomination. Their work, their passion, their commitments helped shape what we have become. I call for prayers for co-workers here who are their friends and companions – and who now grieve the absence of those companions."

The article goes on to describe changes happening such as the combining of several positions and the "re-imagining" of others. When I first read all this I did so cynically: we're downsizing but dressing it up in hopeful theological language. I still think that's accurate, but it's also the reality of denominationalism. I hope and pray for the best for the UCC going forward, but the pain of what is happening and what will likely continue to happen is real.

Music break! Here's a metal version of "Africa" by Toto that you never knew you needed:

DO IT. Cheryl Nelson thinks you should buy some damn concert tickets:


So I was riding my bike on Monday, and Brené's talking in my ear about the importance of connecting with strangers, now more than ever. The bridges that we can build with simple but emotional experiences. Then, like she's reading my mind, she begins talking about concerts. About all the studies indicating that experiencing music with others is one of the fastest, most powerful ways to build those connections. Music is so immediately visceral, it's no wonder it's one of the best and easiest ways to connect with strangers. To name and unearth our pain, and to experience joy. This information rings so true, because our hearts have always known it. Emotionally connecting with ourselves and each other is why humans make and share music in the first place, isn't it?

I'm a self-identified introvert, but I know what she's talking about. There's something about being at a concert (or football game, or restaurant, or movie theater, etc.) where just being around others who came to enjoy the same thing you did that enriches the experience.

I've missed out on a few concerts this year that I wanted to attend. Next year I'll do better. I hope.

The benefit of being honest. Susan M. Reisert shares her small church's struggles about their ability to offer Sunday School:


I’m certainly aware of how painful and disillusioning it is to consider having no Sunday School at all. What sort of church doesn’t have a Sunday School? For many, the answer is a dying church. For me, the answer is a more honest church, a church that, though it may not be quite ready to embrace, at least understands its limitations. We ought to spend more time focused on what we do well, on those things to which we feel called, and find the courage to admit that we can’t do everything. We can’t throw and catch at the same time.

This same conversation is happening in many churches. Sunday School is one of those treasured church practices that has been around for a century or more, and many hold onto it mainly for that reason moreso than because it's providing life-giving ministry. Sometimes it just needs to be radically re-tooled, sometimes it needs to be let go entirely. But many will go on insisting that it be offered, because, as Susan asks, what kind of a church doesn't have it? Depending on how you consider the question, it can help you realize what your congregation is and is capable of, rather than asking it to justify having a lifeless program. 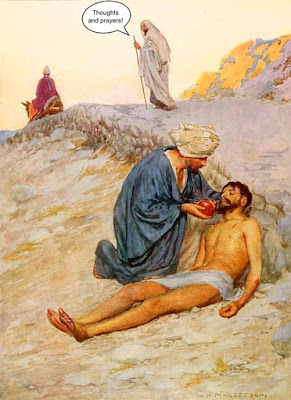 Misc. The Salt Collective has compiled 21 stories of clergywomen being sexually harassed in their churches. Ada Calhoun on the wedding toast she'll never give. Jan Edmiston on what she wishes the church talked about.
By Jeff Nelson
Email ThisBlogThis!Share to TwitterShare to FacebookShare to Pinterest
Labels: Church, Justice Issues, Small Sips, United Church of Christ
Newer Post Older Post Home