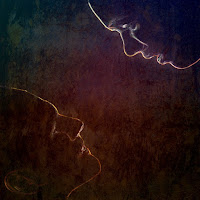 Seriously, pizza dough? You may or may not remember that one of the big names recently called out for sexual harassment of women was Mario Batali, a guy who I guess has restaurants and Food Network shows and such (I only know a few food-related celebrities, sorry). Anyway, when he apologized in a letter, he had the audacity to include a recipe for cinnamon rolls. Geraldine DeRuiter, aka The Everywhereist, actually deigned to make them to see if they were any good. The short answer is that no, they weren't. But there's more to it than that:


I use Batali’s recipe that he’s linked to, which I’ve made before, and I’m already hesitant. Pizza dough is chewy and crispy, not tender – the latter is what you’d hope cinnamon rolls would be. It’s a savory recipe – incorporating white wine and a generous amount of salt – and I feel like he’s shoe-horning it into a dessert where it doesn’t belong. He’s cutting corners because he gets to cut corners.

I roll out the dough – Batali specifies a thickness, but no dimensions, which is strange if you’re making a rolled dessert. There are pieces missing here, and I’m trying to fill in the gaps. The result will be sub-par because he hasn’t provided all the information, and I will blame myself.

I baste a layer of melted butter over the dough.

A guy on Twitter tells me that I’m a vile man-hater. His feed contains a photo of my very-alive husband wearing a feminist t-shirt. Underneath he’s written the message “RIP.”

I sprinkle the sugar and cinnamon over the top.

The whole thing is a creative and biting takedown of patriarchy, where men get the benefit of the doubt despite mediocre efforts while women not only have to work twice as hard for anything close to the same recognition, but also while navigating violent misogyny along the way.

No agenda but compassion. John Pavlovitz recounts a story from his book of trying to engage two quiet teenagers while he was a youth pastor and thinking he'd struck out, only to have them thank him later for taking the time to talk to them and treating them as people. He then writes:


When we encounter people in this world, we come armed with our theology and our politics, with our preferences, prejudices, and plans—and we believe our most pressing need is to convert or convince or fix or save or change them—but it isn’t.

This isn’t what people most need.

More than anything, they need to feel visible; to know that they are important and valuable and beautiful, that their presence here is noticed, that their stories matter, and that someone gives a damn.

I think that our current climate in the U.S. lends itself to the mentality that we only see others in terms of their religious or political beliefs, rejecting them when they don't match up with our own worldview, or only seeing them as worldviews to be combatted or converted. And some also choose to see others only in terms of their skin color, their country of origin, or their sexual orientation, with damaging results. We may be losing our ability to see others as human beings and treating them accordingly. 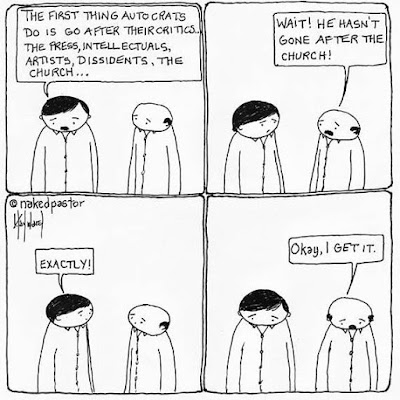 Misc. Jan Edmiston suggests that Uber could be a really easy way to get to know people of other cultures and races. Malcolm Himschoot on the work of intentional interim ministers. Rocky Supinger on pastors being friends with church members.