I Have Feelings About Stuff Jan Wrote 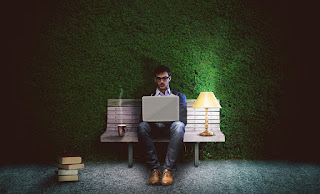 A Church for Starving Artists is written by Rev. Jan Edmiston, a middle judicatory minister in the Presbyterian Church (USA). It has been a favorite blog of mine for over a decade. I've long appreciated her insights about the issues of 21st Century ministry, particularly as they manifest in mainline churches and denominations.

She recently wrote a pair of posts that have stuck with me since she wrote them, in part due to the conversations that they've inspired both in her blog's comment sections and on social media.

The first, A Post for Congregations Seeking New Pastors (And a Trend I've Noticed), concerns churches that call younger pastors--particularly after experiencing a longer pastorate with someone who eventually retires. Among other observations that she makes, she offers this:

Over the past 10 years or so, most of the congregations I’ve worked with have sought out pastors in their 30s or early forties to be their solo pastor/senior pastor in hopes that a young leader will attract other young people with young kids.  Here is what they have found (and again, these are generalizations):

Some responses to this post have included accusations of ageism, which I don't see. I do, however, see her trying to point out a difference in generational expectations regarding pastoral ministry in established congregations.

Among these expectations are a difference in approach to boundary-setting. Jan observes--and I've seen the same--that younger pastors, or we could say new pastors with younger children, are much more likely to step away from some church obligations in order to be present for their family. So one might accept a certain amount of weeknight or weekend church activities, but they'll be ready and watchful to draw a line at a certain point so that ministry is not encroaching on what their family needs from them.

The other expectation she mentions is a shorter amount of patience when it comes to cultural change in congregations. I see this as well, though perhaps in smaller amounts. My own seminary education included conversations about encouraging change, though perhaps a little too far in deference to those who resist it. But my general sense is that we younger clergy (I'm not sure how much longer I'm allowed to consider myself one of those) is that we were warned about how slowly shifts can take place.

She concludes that, regardless of age, pastors need several traits to engage in productive ministry in this day and age: ability to help change a culture, strong boundaries, and emotional intelligence.

All well and good. I liked this post a lot. Others did not, and seemed to zone in on the boundary piece in particular. After all, pastoral ministry is a CALLING, not a JOB, and so working crazy hours and giving up family time is JUST PART OF IT, SO DEAL.

My feelings about this are starting to come out. Let me bring up her second post and then I'll say what I think about all of this.

The other post, Yes, It's a Call - And... is in response to that pushback about calling vs. job:

Our calls are indeed “work.”  And it’s good to balance church expectations with family expectations.  The more children the pastors have, the more parenting events they will either 1) miss or 2) attend at the risk of hearing punishing comments from parishioners about “taking too much time off.
It’s not called Tug of War for nothing.
Someone asked yesterday how to change this culture, and it’s basically about love and respect.  If I love my people as their pastor, my hope is that they will respect my need to spend time with my family.

I mean, to me, this seems obvious. And yet even many pastors--including some I saw in the comments of these posts--resist this idea because of call language.

Jan asks the perfect question at the end of this second post: "What family event would you be willing to miss for your job?"

Most, I would think, would answer, "none." But there may be a "but" attached after that with a host of justifications and rationalizations, some of them unavoidable and understandable, and some of them much more dubious and hinting at workaholism or feeling the pressure of congregational expectations (particularly, and especially, if the pastor is someone other than a straight white male).

Okay. Several thoughts (and feelings) about these posts and subsequent discussion.


Agree or disagree? What would you add to this list?