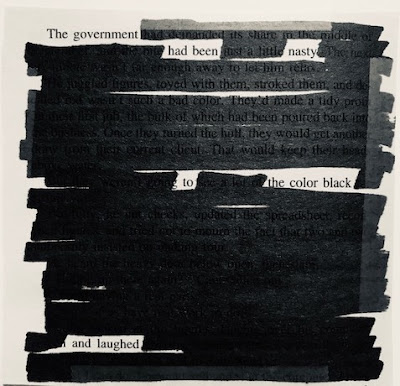 I've been thinking a lot about the trial verdict for Amber Guyger, the white police officer who murdered Botham Jean, a black man, in his own home. The story is that she entered his apartment by mistake thinking it was her own, she mistook him for an intruder, and fatally shot him.

Guyger was given 10 years, which many would argue is too lenient for a murder conviction, especially when sentences for other crimes, particular minor drug offenses, are given at least 10 years over half the time. And such arrests and sentences tend to target minorities much more.

I think about the sentencing in this case, and how minimal and rare it is, considering the lack of justice for killers of black bodies dating back to Mike Brown (but of course, really dating back much further).

As Michelle Alexander writes in The New Jim Crow:


We have not ended racial caste in America; we have merely redesigned it.

There is much work to be done, and many systems to undo. I fear that it will take generations to do it.
By Jeff Nelson
Email ThisBlogThis!Share to TwitterShare to FacebookShare to Pinterest
Labels: Blackout Poetry, Justice Issues
Newer Post Older Post Home