A Day in January 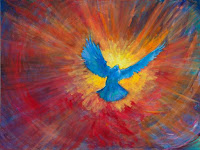 If I could choose one word to describe the music of Marian Hill, it would be "sultry." Jeremy Lloyd's production and instrumentation provides a perfect backdrop for Samantha Gongol's playful, flirty vocals. This duo writes songs that are made especially for those times when lovers finally find themselves alone, coating the ears with a fine velvet the way red wine does for the throat.

The spirit of their music is relationships: often about those more tender moments, or longing for there to be such a tender moment before too long, or wondering whether there will ever be such a moment again. While their style often evokes a mood of embrace, not every song is necessarily about the positive vibes of love.

The song "Same Thing," for instance, is written for a relationship that has slipped into routine. And it becomes clear that the people in this song are in the type of relationship that isn't much more than a regular meetup:


Call me up and
I'll come over
Every single time
In your driveway
Still alone, I'm
Trying to rewind
In your bedroom
In the dark, we
Play with old mistakes
After midnight
You're asleep but
I stay wide awake
Morning comes and we start over
Over again

The singer clearly enjoys what she and her partner have, but she also laments that there isn't more to it. At some point, something began to change, at least for one of them. As much as she loves their being together, she's to the point where she's identified how limited their interactions have become. Their contact is still exciting, but underneath "it's still the same old thing."
____________

On January 23, 2005, I stood in the parlor of my hometown church. The room had begun to fill with clergy, slowly pulling on their robes and red stoles, the color of the occasion. I had my black Geneva gown ready to wear, although my own stole would wait until later, after we'd process in and I'd make promises to serve the church as faithfully as I could.

As much as I was trying to be in the moment, most of my thoughts at that point were on the details. I'd grabbed a bunch of hymnals so that when this gaggle of pastors would process in, we'd be able to sing along with the congregation. I could hear the bell choir from my new pastorate practicing in the sanctuary.

More than once, I recall marveling to myself how long I'd been working toward this event. A lot of decisions and meetings and interviews and classes over the span of seven years, all for that day. All for the placing of the stole around my own neck, for God willing a long ministry of preaching, teaching, and guiding others as best I could.

When I've reflected back on this worship service in the years since, I often like to include how imperfect it was. As concerned as I'd been with all the details of the day, I'd forgotten to get somebody to light the altar candles. I didn't notice until midway through the service. I recall being able to shake it off without much trouble, but it was an early reminder of how the small things make the difference.

Years later, I'd be waiting in line during calling hours for a funeral I'd be officiating the following day. The patriarch of the family had been suffering from Alzheimer's for a number of years, a process that had begun prior to my serving the church. But I'd done my best to visit, to provide support, to listen to exhausted and frustrated and sad family members remembering who their husband, father, and grandfather used to be.

After greeting the family, I'd wandered over to look at the pictorial composites put together no doubt with great care for the occasion to represent who this man had been to them. They'd included a photo of him, his devoted wife, and me. It was a lesson in how small things--conversations, visits, a few minutes of a listening ear or additional attention--add up, and these small things had been much more important than candles could ever be.

I listen to the recording of this service often. I can't see the imperfections like the candles or the way I ask how to kneel for when the assembled clergy are invited forward for the laying on of hands. But I can envision them. More important are the words.

The words at the start of the service are words of reflection and commissioning. They are the words of scripture, where Paul reflects on how God brings power out of weakness and how Jesus makes himself known to two despairing disciples on the road to Emmaus. And they are the words from my hometown church's pastor, a mentor who helped launch me on the path toward this moment.

Then come the words of promise, and of ordination itself. They are the words prayed as I finally figure out how I'm supposed to kneel on the chancel steps. And most importantly, they are the words that I affirm to minister impartially as best as I can, to be in covenant with the church and to always remember that I am part of something much larger than myself.

There are a lot of words spoken that day. A lot of small things that add up to something more, although they still won't capture what the years ahead will bring.

There's a point in "Same Thing" where the beat stops and for a few measures all you hear is the bass. By this point, Gongol has told the story of two people happy to answer the other's call at a moment's notice; to fulfill the desires of both. This comes after the bridge, where she expresses her wish to know where this was going, if there will come a point when something more will happen, or when this routine will fade and they'll drift away from one another.

It's the not knowing that seems to cause the most anxiety. The singer loves when they're together, but where's it all going? How much longer will this arrangement go on in its current form, and what sort of moment might cause it to change? She has no answers for that. All she knows, and all her partner seems to prefer, is what they have.

As far as I'm concerned, this part holds the entire song together. There's an emptiness to it that communicates everything the song has been saying up until this point. We've heard about the hole of uncertainty the singer is eternally falling into, and now we get to spend 16 beats in it ourselves.

There was one night recently when I was in the sort of mood where listening to this song three times in a row seemed like the right idea.

By the end of the first time, I'd settled in to a quiet, reflective mindset.

By the end of the second time, I'd turned my attention specifically to my life in ministry so far.

And during the third time, when the drums dropped out and all I had was the bass, a series of quick images passed through my mind: sitting on the floor with a group of college kids as a seminary intern,  officiating a wedding in my first church, visiting a member of my second church in the hospital after back surgery, leading a drum circle for a seminary prayer group, teaching any number of confirmation classes, snippets of services led and sermons preached in the sanctuaries I've known for 15 years.

By the time these four measures are over and the singing starts again, I've taken a trip through so many days that have brought joy, but often more humility. Days full of small things, and often what seems like the same thing over and over again, yet so different every time.
____________

Standing in the chancel making life- and career-defining promises, I couldn't hear the bass at the time. I was too bright-eyed to see where they'd take me and how I'd be expected and called to live into them. The awe of the day was too overpowering to hear it.

But the bass would come on strong in the years following. And there are days, entire weeks, even months, where I feel like I'm living in those 4 measures. I'm standing in place, unable to feel the world moving under me and unable to sense the Spirit around me. Thankfully, the singing always starts again and I catch up to how things have moved forward, usually without my help or permission.

As much as it sometimes feels like it, ordained ministry has never been the same thing. It's been the small and ordinary building and reconfiguring and rearranging into the new, again and again knocking any sense of coronation or entitlement out of me, while also equipping me for the moment as it actually is.

Thanks be to God.