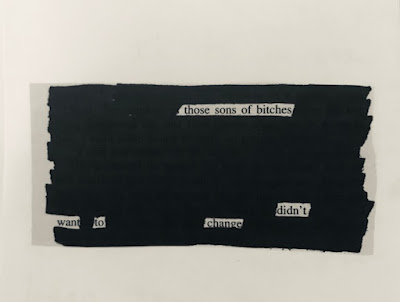 We have been thrust into a time of change that nobody wanted.

Some are still resistant to it, choosing to believe conspiracy theories or defying orders and recommendations to stay away from large groups of people. This will only cause the disruption to last longer, and make the spread of disease worse.

I think there's something within us that resists altering our routines because it means admitting that things aren't normal. We cling to what we know to feel like everything is fine, even though they increasingly aren't, often in obvious ways.

If we change, the new situation wins.

Some think we won't ever be normal again, at least what was considered normal before:


So how can we live in this new world? Part of the answer—hopefully—will be better health-care systems, with pandemic response units that can move quickly to identify and contain outbreaks before they start to spread, and the ability to quickly ramp up production of medical equipment, testing kits, and drugs. Those will be too late to stop Covid-19, but they’ll help with future pandemics.

In the near term, we’ll probably find awkward compromises that allow us to retain some semblance of a social life. Maybe movie theaters will take out half their seats, meetings will be held in larger rooms with spaced-out chairs, and gyms will require you to book workouts ahead of time so they don’t get crowded.

Ultimately, however, I predict that we’ll restore the ability to socialize safely by developing more sophisticated ways to identify who is a disease risk and who isn’t, and discriminating—legally—against those who are.

This disruption of "normal" could lead to some improvements to our communal life. We may try and be able to keep on with some things as before, but we'll need entirely new approaches to other things, and these will be for the better.

And then by the time we have the opportunity to return to what was "normal" before, we will have spent so much time living into something different that it simply won't be like it was. And in some ways, we may not mind.

To change doesn't necessarily mean that we've lost. We do lose things, but not in the sense that we're playing a game and we're on the losing team. It just means that we find a best new way forward.
By Jeff Nelson
Email ThisBlogThis!Share to TwitterShare to FacebookShare to Pinterest
Labels: Blackout Poetry
Newer Post Older Post Home