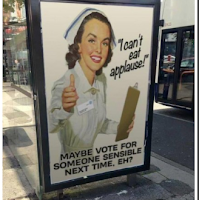 Are we sure it isn't already happening? John Dobbs reflects on the approaching crash that lots of pastors are going to experience:


Our pastoral care providers are maxed out. While some church members might think their preacher’s duties are relaxed, but it is actually the opposite. As we head into the coming months I believe we are going to see the affects of this pandemic on the ministers in all denominations.

I’m tempted to write out a list of things we need to do now to avoid the crash. There are many articles already available (see links below) offering strategies for good mental and physical health. But it’s hard to get preachers and ministry staff to slow down long enough to look in the mirror. It is equally hard to find church leaders who demand that their ministers slow down and get help. The impact of ministry job losses, minister burn outs, and ministry suicide is going to be a major event for the church to deal with in the coming year.

I posted this article on social media recently and one of the responses I got was "it's already here." I get it. Lots of pastors usually take time off after Easter to recharge after the busyness of Lent and Holy Week, and circumstances cancelled that. They've been going non-stop, having to learn new skills on the fly and keep things together for their churches and its taking a serious toll.

Dobbs offers lots of links and resources and best practices. Churches and colleagues need to help encourage them for their clergy.

It's not the only saving place. Kevin Thompson responds to one of the more common anti-lockdown memes out there:


What’s the difference between church and Wal-Mart? Two things. Obviously we need food. We can go for nine weeks worshiping online, but we can’t go nine weeks without food. People have to buy groceries. But the bigger issue is not food, but science.

Grocery shopping is different than corporate worship. When we shop, we go up and down aisles, moving around people, and then making our way out of the store. However, when we go to church, we sit in a confined space for an hour. When it comes to a respiratory illness, the latter is riskier than the former. Consider this article from a professor of infectious disease and biology.

In the article, the author shows how different activities contain different risks. And she reveals why attending church for the past few months was not wise even as we made our way to Wal-Mart. (Hint: it’s primarily about the duration of time with little air filtration and a good number of people breathing, singing, and possibly sneezing around us as compared to us simply passing by people at the grocery store.)

The larger point he wants to make concerns social media outrage without the application of critical thought (shocking, right?). The question "Why can I go to Wal-Mart but not church?" is a great soundbite, but the differences once you actually get past the "gotcha" nature of it are quite unique.

Oh good, something else to be mad about. One touchy subject during these times of lockdown for churches has been whether to offer an online version of communion. Diana Butler Bass weighs in:


Over the last weeks, I've been agitating for better, more creative theological thinking about the Eucharist, virtual community, and new forms of liturgical celebration—all of this in line with two decades of my own research and writing. The questions that were once speculative have arrived, and religious groups are going to have to face them with courage and creativity. The pandemic has forced the issue: God’s presence is uncontained by time and space. We are in need of the healing beauty of bread and wine, to sit at the table that exists at the hinge of time, the first feast of the Age-That-is-to-Come. All of this already exists in virtual time—the virtual reality that is the cosmic presence of God. The last thing we need right now—in a time of food shortages, lockdown, isolation, and separation—is the church shutting the people out of the banquet, unable to recognize that we live in the virtual reign of Christ. Virtuality isn’t just technology; it is theology.

My soundbite answer (yes, I know) to the question of online communion has been "If God could raise Jesus from the dead, God can be present through your computer screen." But that's understandably not good enough for some. Fortunately, Bass goes into a little more detail about the issue.

The lynchpin, as she names it, seems to be the power and potential of God's presence in a virtual medium. Is God only present in physical, tangible spaces where we're able to interact in-person? And if the answer to that question is yes, how is that not limiting what God can do?

Remembering Rachel. May marks one year since the end of Rachel Held Evans' earthly life. Wyatt Massey reflects on her lasting legacy:


The impact of writers continues after their deaths through their writing. Even months after Held Evans' death, people continue to post on social media about how they miss her voice or how a line in one of her dozens of blog posts touched them.

While many knew her for being outspoken and challenging traditions in evangelicalism, family and friends said what was often missed was her deep love for her family. Her commitment to being a mother, a wife, a sister, a friend. She cared deeply about people, Held Opelt said.

"This was not an act. This was not a brand. This was not something she did to sell books. This is something of how she always had been. She had always been the one that saw the kid in the corner of the classroom that didn't have a friend."

I've been thinking about writing my own tribute to Rachel over the past year, but have never been able to find the words. And I still can't. She was incredibly thoughtful, her writing was carefully crafted, her heart for others oversized. Her impact was far-reaching: I recall the days after her death when people I never would have expected to have even heard of her shared articles and appreciation for her writing. That was how much she resonated, and continues to resonate, with so many seeking their own spiritual path and who have found at least some of the popular options severely lacking.

May God continue to comfort and heal those who loved her.

The latest exhibit on a giant pile, really. Jayson Bradley reflects on how this pandemic has exposed the myth that America is a "Christian nation:"


American Christianity makes salvation a personal commodity. It’s something you acquire through invocation–say the right prayer and you’re in. It places certain social and moral expectations on us, but it doesn’t infringe upon our liberty. No one can place expectations upon us. It’s an insurance policy we purchase that allows us to pursue the American dream without fear of our eternal future.

We like to identify ourselves as a Christian nation, a city on a hill. But think about it a minute. What is it that separates America from every other nation on earth? We’ve become an epicenter for a disease that has killed more than 80,000 of our fellow citizens. And we’re the only country that would rather go to war with our local government to protect our individual freedom than make sacrifices for the greater good.

Christians who otherwise tout personal sacrifice are currently screaming to the high heavens about their freedom to not have to make personal sacrifices to help keep others safe. They're among those who instead are trying to argue that a few thousand deaths (not theirs, mind you, but somebody else's) for the sake of the economy is acceptable.

These arguments don't look like Jesus. They're not what he taught or modeled. They do, however, look a lot like the sorts of things that the Roman Empire wanted. Jesus preached an alternative Empire, one based on God's love and mercy. Would that American Christians could be a little more loving and merciful these days.

Misc. Jan Edmiston on churches preparing to reopen. Leonard Pitts refuses to die of stupid. James Emery White with five ways the pandemic is saving the church. I was recently in an article about new UCC staff.