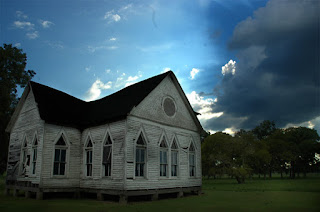 I wrote this post in May 2012, and it came to mind again for me recently after I received the news that the old seasoned pastor whom I mention here completed his earthly journey. I've been thinking about him a lot lately, and have been giving thanks for his mentorship and service. Out of that gratitude, I share this again.
I sat down at the kitchen counter to observe my usual Wednesday afternoon routine: I opened my laptop, flipped open my Bible, and began leafing through a small stack of cards on which I'd jotted notes about the week's text to see what grabbed me; where the access point would be for beginning to cobble together the week's sermon.

I admit that I'm easily distracted during this process. One way or another, there is a sermon by the end of the day ready to be refined, second-guessed, and practiced. But there can be a lot of other small things in between. I'll log onto Facebook to waste a few minutes, I'll check email, I'll make a few phone calls, I'll make sure the cats have enough food. It's not the most efficient process, but I make it work for me.

On this particular afternoon, I logged onto my church's website. We post recordings of worship online, and I will usually take some time to listen to my most recent sermon. I don't always find this a pleasant experience, honestly. I wince at an underdeveloped point, I wonder why I went ahead and voiced a thought that popped into my head in the moment. I nevertheless think that this is an important practice for my continual development as a preacher, and so I make myself slog through the swampy homiletical aftermath, hoping for insight toward improvement.

I listened to my latest, which I suppose wasn't that bad. There's no real need to expand on that, because it's not the point of my mentioning it. I then clicked on the link for the Sunday that fell during a recent vacation week. I'd been able to land the services of a retired pastor who doesn't live that far away. He's my church's favorite to fill in, a jolly soul whom I've been privileged to know since I served for two months at my former/home church years ago. He'd been assigned as my mentor during that time, someone to check in with me weekly to process my experience, and whose wisdom I've treasured.

I microwaved a cup of leftover coffee and clicked on the link to the sermon. I initially wanted to play it in the background while I worked, but just a few seconds in I opted instead just to listen.

It wasn't really the content that reeled me in, although it was good. The theme of the day was picking up the pieces after experiencing some kind of loss, some sort of setback. The focus text was the disciples deciding to go fishing at the end of the Gospel of John, picking up the pieces after Jesus' death and resurrection (he was quick to point out that the disciples had already experienced the risen Christ by this point, so why were they wandering back to their old lives?). That piece of it was good.

What really hooked me was his voice. This man's is a deep, gutteral sort of sound, which is attention-grabbing in and of itself. But there was something about its weathered nature that I noticed on this particular day. Here was an old, well-seasoned soul who'd seen all there had been to see in the ministry; who even admitted during his sermon that his days of preaching are becoming fewer and fewer. He'd pastored on the frontier and in towns, in churches big and small. He'd no doubt had his share of ministry-related heartbreaks, his moments of thinking on the fly, his times of speaking painful truths to individuals and communities. He'd also had plenty of joys, triumphs, and moments where God was undeniably present that he'd carry with him for the rest of his life.

I listened to his voice, and during this seemingly routine supply sermon, I heard all of it.

I am nowhere close to the level of experience of this man, but if my younger self serving in his hometown church years ago could somehow meet the pastor he'd become some eight years later, I wonder what he'd see and hear. He'd probably be glad that I more or less weigh the same that I did then. He might notice some deeper bags under the eyelids or a hint of fatigue masked behind the voice. Maybe he'd be impressed with developed skills of one kind or another, or sit with fascination as I tell of some of the highs and lows, the miracles and setbacks I've seen. Maybe he'd wonder why I cling a little more tightly to family time and to days off, or why I don't rush to pick up the phone every time that it rings. Maybe he'd notice the increased affection grounded in realism with which I speak of people, and the way I don't seem as often to speak dreamily of big life-changing programs. He'll probably be better off learning a lot of that for himself instead of hearing it from me. That's how my mentor learned it and how I learned it, after all.

My old friend's sermon concluded, and I didn't move very quickly to return to writing my sermon. I just kept thinking on these things as the afternoon ticked away.
By Jeff Nelson
Email ThisBlogThis!Share to TwitterShare to FacebookShare to Pinterest
Labels: Vintage CC
Newer Post Older Post Home