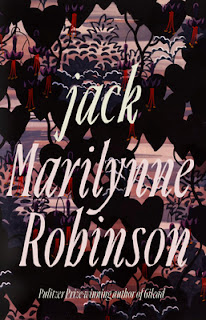 This year was defined by a pandemic, which kept me home with a lot more free time than before. So one would think that I'd have extra opportunity to consume books, movies, and so on. I suppose that that was true, and yet, I didn't feel like I had any more free time than before, what with navigating a new reality of trying to balance work and home responsibilities. Nevertheless, I had plenty to work with, and so here again is my annual list of the best of what I experienced.

1. The Revenge of Analog by David Sax - In an age where so much has moved to digital spaces--books, music, writing, and so on--Sax makes the case that there is still a lot of value in physical, tangible objects and actions. Furthermore, he argues, digital is not necessarily overtaking everything the way that we think. As one who still loves the psychological feel of collecting and writing, I greatly appreciated this ode to the physical.

2. Educated by Tara Westover - Westover tells her story of overcoming a variety of limitations imposed by her family and economic situation in order to expand her opportunities and worldview. It comes not without challenges and heartbreak and struggle, but she strives to do her best to take advantage of opportunities that come to her. It's not a typical story that can easily be replicated, and I don't think that was her point in telling it. Rather, it was more to show her own striving to explore a world outside of what she's been told is possible.
3. The Toll by Cherie Priest - I loved Priest's Clockwork Century series, so I was excited to hear about this new horror offering about a mysterious town that seems to be keeping secrets about supernatural elements that have been terrorizing it. She's such a good storyteller - I couldn't put this down.

4. Everything Is Spiritual by Rob Bell - This is the closest that Bell has come to writing a memoir, and those were the parts that most interested me. I could certainly hear pieces of my own story in his, particularly his desire to create rather than run an institution. But he goes beyond that to connect his story to the ongoing stories of the Bible and of the ever-expanding universe.

5. Jack by Marilynne Robinson - In this latest offering of Robinson's extended Gilead universe, she focuses on the the outsider and black sheep character of John Ames Boughton. He hasn't been my favorite character, but this story was a pleasant surprise in that Robinson fills in some blanks regarding his life in St. Louis, particularly his burgeoning relationship with a young black woman named Della, which helps bring a new sense of purpose and focus to his life. This ended up being my second favorite of Robinson's series.

1. Parasite - This story of a economically disadvantaged family that works its way into the life of a wealthy family to care for themselves explores class disparity in some original and eye-opening ways. The story weaves humor and drama and tragedy in ways that highlights the struggle for those with limited means and the disinterest of those who take advantage of them. It definitely earned its Oscar. 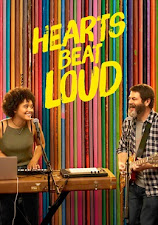 2. Hearts Beat Loud - I happened upon this under-the-radar movie starring Nick Offerman as a record store owner doing his best to maintain a positive relationship with his daughter, with their main connection being through music. It explores both family dynamics but also the powerful ways that music connects people.

3. Just Mercy - Based on a true story, a young defense attorney played by Michael B. Jordan steps in to appeal the murder conviction of a black man played by Jamie Foxx. The movie explores systemic racism in the justice system, while also telling the story of at least one instance when the truth was enough to overcome it.

4. Sound of Metal - I was privileged to get a sneak peek of this Amazon Prime movie before it was released about a metal drummer who begins to lose his hearing and has to chart a new path for his life. The acting and story is both so well done and I've often thought about it even though I haven't been able to talk to anyone due to confidentiality agreements. But now I can say that it's worth checking out.
5. Soul - Jamie Foxx voices a middle school band teacher who has an accident right when he lands his big jazz gig, and his soul tries to find his way back to his body. The visuals are amazing (as expected from Pixar), and the humor is on point. But more importantly, the story is a wonderful exploration of existence, purpose, and self-fulfillment.

1. Ozark - In season 3, the Byrde family continues to move up in the world as entrepreneurs while continuing to launder drug money, but as always various wrenches are thrown into their plans, this time including the surprise appearance of Wendy's brother Ben, who suffers from bipolar disorder. Tom Pelphry is one of the MVPs of this season, as he gives a fantastic, layered, and heartbreaking performance as Ben.

2. Watchmen - This is another that I've been wanting to see since I first heard about it. Again, it nods to the source material while also introducing a new generation of heroes and exploring current issues of race and political upheaval while also teaching about this country's history. It's gritty and brilliant and original and perfect as a limited series rather than an ongoing one.
3. High Fidelity - The book and John Cusack movie are among my favorites, so I've been interested in seeing this for a long time. Some roles are flipped and given some different nuances, and there were some necessary pop culture updates, but there are also nods to what came before it. I really wish there was going to be more than one season of this.

4. The Queen's Gambit - I was sucked into this limited series about an orphan who becomes a chess prodigy while also wrestling with addiction. It juggles issues of dependence, community, trust, breaking gender norms, trauma, and imperfect relationships. Anya Taylor-Joy is wonderful in the main role.
5. Schitt's Creek - I'm a relative latecomer to this series about a wealthy family who loses everything and has to start over in a small town. It does so well at balancing humor and heart, and each of the Roses go through such growth over the course of the show. Some of my favorite parts were the little scenes at the beginning or end of episodes where the Roses would pick at each other, showing how much they cared for one another.

1. TORRES, Silver Tongue - I have been a TORRES fan since Sprinter, and Mackenzie Scott's latest is a wonderful, reflective ode to identity and growth. To me it has more direction and drive than her previous Three Futures, which I appreciated. "Good Scare" is a great opener, and "Gracious Day" is probably my favorite.

2. Phantogram, Ceremony - I pretty much love everything that this electronic duo does. Some of these tracks were previously released as singles, but I enjoyed them as part of this album just as much. It's a little tighter than their previous Three, but that's not a bad thing. "Dear God" is a great upbeat tune, and "Mr. Impossible" is a fantastic driver. 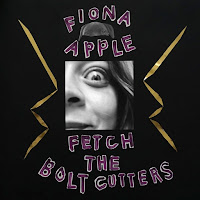 mind that she is before this album. I had an inkling of it from her last album, but I didn't pay attention to it the way that I did here. Apple made this entirely in quarantine, so there are some fun elements like the sound of her dogs barking on several tracks. "Shameika" seems to be the one getting airplay, and I do like it, but I like the title track and "Under the Table" more as part of this album's theme of liberation and identity.

4. Larkin Poe, Self-Made Man - Larkin Poe was a new discovery this year. These sisters play hard-driving Southern blues rock that often pays tribute to what came before them. I listened to their previous Venom and Faith on repeat leading up to this latest effort released this year. "Holy Ghost Fire" is a rocker with some gospel flavoring, and "Every Bird That Flies" is subdued yet powerful.

5. Sierra Hull, 25 Trips - As I began to explore mandolin this year, Hull was a pleasant discovery. With so many older men seemingly dominating this instrument, it was great to find this young, creative woman who is already among the best at what she does. The title track is a frantic tune that exhibits how incredible she is on the instrument, and "How Long" is a reflective ballad on whether one is able to seek the help that they need.