I've undertaken a small practice this year on Twitter. It started back in March, and I've been doing it nearly every morning since.
When it began, I remember feeling overwhelmed by whatever I had on my schedule that week. There was so much to do and I was wondering how I was going to be able to do it all, and I was wishing that certain items on my list were already past or checked off.

And through the cacophony of noise in my head, a voice broke through: "It's Wednesday. Just do Wednesday."

In other words, whatever obligations I had on my list for that day, that's all I should actually be worried about. Leave the upcoming meetings and tasks for their respective days, and just do what's meant for today, today.

It was such a comforting and calming thought, that I decided to tweet it out.

A few days later, during a similar freakout, I tweeted it out for that day again.
And then, eventually, it became a daily practice on the weekdays.
I began to see it as part of my One Word for this year, which is Practice. Instead of getting so far ahead of oneself regarding responsibilities and goals, just focus on what you can practice on the day in front of you to improve and move forward. This kind of approach helps you get unstuck, and actually take action.
Eventually, I decided to branch out and have fun with these daily tweets. 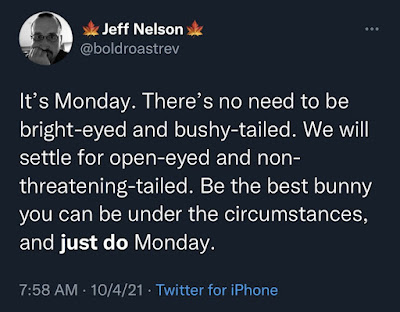 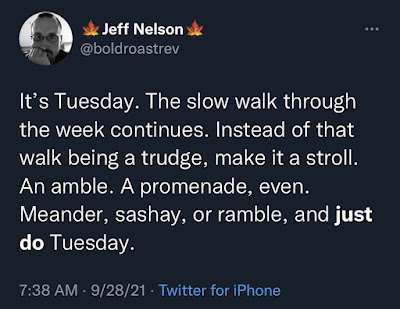 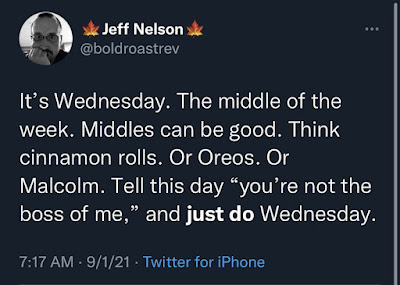 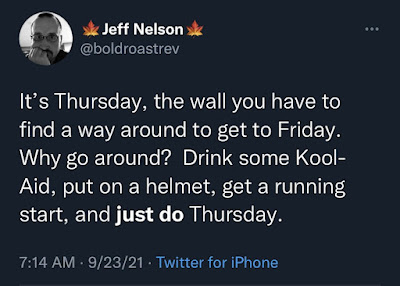 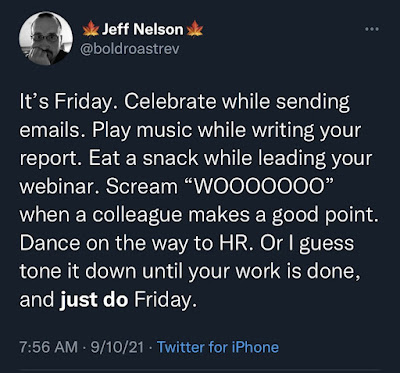 I devoted a podcast episode to this idea as well.
Even after this year's One Word is completed, I think I'll continue doing it. These tweets have gained some appreciation from others, and they help me stay on track as well. Maybe they can help you, too.
So. Whatever day it is, just do today. 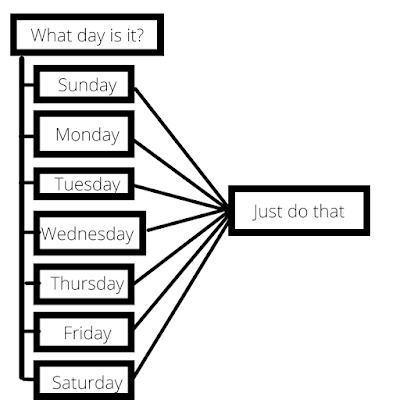