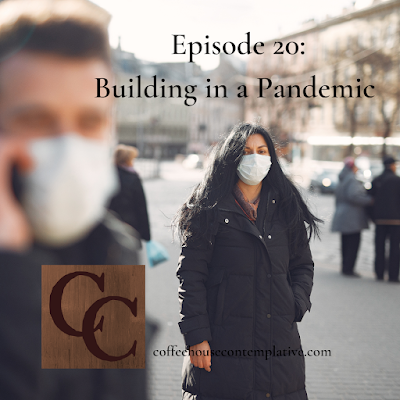 Listen on Anchor or click the player below.
As we consider the habits and decisions that have brought us to where we are, that will especially include how this pandemic season has forced us to rethink and redirect parts of our lives. We’ve been presented with so many different changed circumstances that we can’t avoid taking into consideration that the question “what are you building” can’t be answered in the same way now.
Episode 18: What Are You Building?
Episode 19: Church Building
Music: "Reflections" by Wild Wonder
By Jeff Nelson
Email ThisBlogThis!Share to TwitterShare to FacebookShare to Pinterest
Labels: CC Podcast 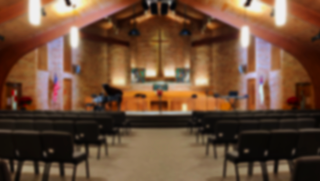 Various church traditions have different ways of handling pastoral transitions. Some have an appointment system, where denominational leaders tell clergy where to go in the event of a vacancy or because it's otherwise time to make a move. Others have a succession system, where an internal candidate is trained for the position while the current minister is still leading the congregation.
I am part of a tradition where, more like in the non-church world, open positions involve a search committee receiving ministerial profiles, interviewing candidates, and presenting their selected candidate to the congregation for a vote.
(This last point, of course, is the difference from non-church workplaces. Imagine if the entirety of your potential co-workers voted whether to hire you or not. I digress.)
You may be able to imagine how long this search-and-call process can take. Unlike the other systems I mention where the reception of a new minister is immediate, this can take some time. Depending on the context, it can take at least a year, possibly two, and maybe even longer.
In the meantime, many churches call an interim minister to lead them while their search committee does this work. Historically, this would be a seasoned minister, usually retired, who would keep the pulpit warm in the meantime. And in post-WWII American Christendom where churches didn't worry much about numbers dropping, this would be fine.
In more recent times there has arisen the concept of the "intentional interim minister." This is one who has been especially trained not just to preach, teach, and give pastoral care during a pastoral transition, but also to help the congregation intentionally prepare to receive their next minister. They lead churches through conversations about where they've been, where they might like to go, and to do the work of honestly assessing themselves to improve the chances of the new minister having a good partnership in ministry with them.
Situations that may especially need an intentional interim include:
I think that last one about covers it.
Many churches may insist that, no, really, everything really is fine and there really is nothing wrong and they really are ready to move on. And yet under the surface, one of the other situations may be brewing. More commonly, churches may be wondering about their future, noticing the larger changes in the culture around them, noticing that the pews aren't as full as they once were.
A rush to call a new pastor in the hopes that they will solve these unspoken anxieties is a setup for disaster. Such a rush may also help serve the denial that the anxieties and issues are there.
The interim minister is charged with making space for churches to do important internal work that they may otherwise avoid. The conflict might not be so blatant and the needs not so obvious, but the loss of a minister may bring these thoughts and emotions more to the forefront of people's minds. The interim time is an opportunity to voice those wonderings and work through them openly and honestly.
So yes, your church really does need an interim minister. They will help you do the holy work of self-reflection so that future ministry partnerships have a better chance to thrive.
(image source)
By Jeff Nelson
Email ThisBlogThis!Share to TwitterShare to FacebookShare to Pinterest
Labels: Church, Ministry 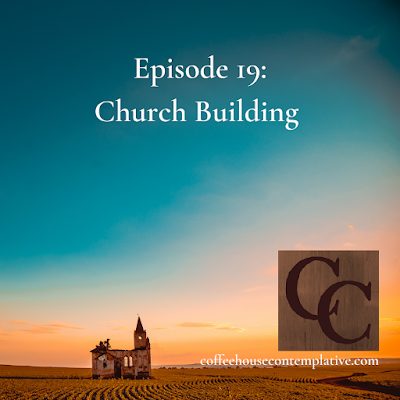 Listen on Anchor or click the player below.
The question "What are you building?" pertains to every aspect of our lives, but let's apply it to one thing: the church. Through this example, non-churchgoers may still be able to see how this may be applied in other ways.
Episode 18: What Are You Building?
Music: "Reflections" by Wild Wonder
By Jeff Nelson
Email ThisBlogThis!Share to TwitterShare to FacebookShare to Pinterest
Labels: CC Podcast

Coffeehouse Contemplative Podcast 18: What Are You Building? 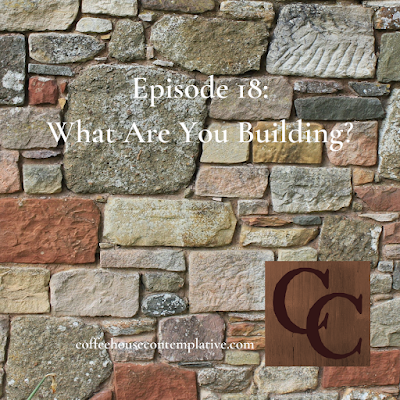 Listen on Anchor or click the player below.
Many events in our lives or in the world happen because they’ve been building for a while, set in motion days, weeks, years ago by a series of decisions and factors. We may or may not know it at the time, but they helped contribute to where things are today. Are we able to analyze how certain things in our lives built to where they did? Can we pause to look behind and see what we’ve been building now?
Matthew 7:24-27
Episode 4: Practice Makes Proficient
Music: "Reflections" by Wild Wonder
By Jeff Nelson
Email ThisBlogThis!Share to TwitterShare to FacebookShare to Pinterest
Labels: CC Podcast
Older Posts Home
Subscribe to: Posts (Atom)